Video of this song from youtube
Average Rating : 4.44
Total Vote(s) : 41
Please rate this song between 1 star and 5 stars (5 stars being the best). Just move your mouse on the stars above and click as per your rating. Your rating will really help us to improve our website. 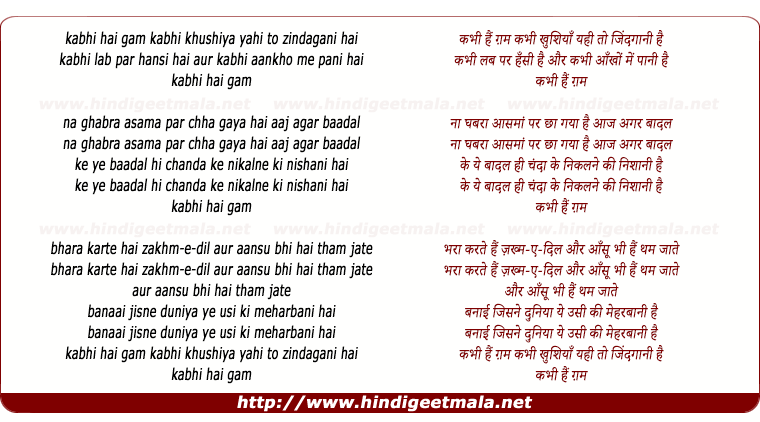 Comments on song "Kabhi Hai Gham Kabhi Khushiyan"
Jagjit Singh Ishar on Saturday, August 28, 2010
khurram g thanx 2 u & ur channel 4 bringing us the butiful gems of the
golden era we r nostalgic for. its an xclent composition of anil biswas &
sung butifully y talat sahib frm waaris talat & suraiya in the lead role.
tho i hv not cn this movie but songs listened on SLBC & AIR. xclent upload.

Dilip Coulagi on Wednesday, March 05, 2014
I have always loved this song, but don't know who wrote it? We give the
singer's name and that of the music director, but why do we forget the poet
who gave us such lovely lyrics? Who wrote this song?﻿

imtiaz ali on Saturday, June 15, 2013
this is real Gem from T.M. may Allah bless him.
KhurramDBG on Saturday, August 28, 2010
@jagjitisher thanks for your nice comments.
View all 7 comments related to song Kabhi Hai Gham Kabhi Khushiyan