Video of this song from youtube
Average Rating : 4.24
Total Vote(s) : 42
Please rate this song between 1 star and 5 stars (5 stars being the best). Just move your mouse on the stars above and click as per your rating. Your rating will really help us to improve our website. 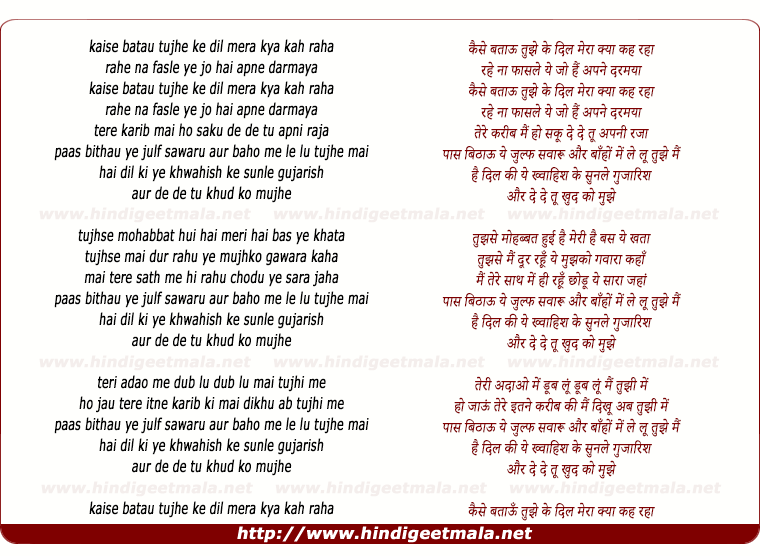 Haroon on Friday, February 15, 2013
Wow, Sonal Chauhan sung the female part herself?! She's got amazing voice.
I want to hear more of her songs now. And Mithoon and KK are just
phenomenal.

Shaikh Imran Ali on Saturday, April 06, 2013
Guys, this song is sung by KK and Sonal herself. I don't know about her acting skills but she sure is a wonderful singer. Love voice. Good job Sonal.
1996pinak on Sunday, November 08, 2015
kk is the best singer I have ever heard. and believe me I have heard from
kishor Kumar, Mohammed rafi to Sir Elton John and Freddie mercury!!﻿

tenzin nyima Nyima on Tuesday, February 19, 2013
pema talks abt this song befre it release... i hope she like it now,,, she
part of this movie which shoots in fiji...i like the song too.