Average Rating : 4.47
Total Vote(s) : 36
Please rate this song between 1 star and 5 stars (5 stars being the best). Just move your mouse on the stars above and click as per your rating. Your rating will really help us to improve our website. 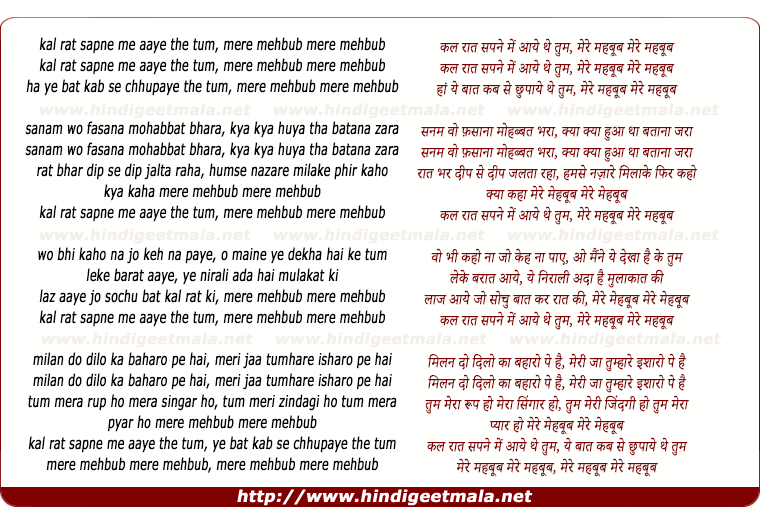 surindersidhu00 on Monday, February 25, 2013
Dilip ji, Thank you very much for like this gem from golden era. Though all
songs were very good in this movie...

imtiaznwfp on Tuesday, August 11, 2009
do you belief, that i am searching this song for last 23 years, now i found here, thanks, it really a nice lovely song, full of rhythm, and led me back to college life...thanks for posting, again thanks. again thanks
kohinoordanse on Wednesday, November 24, 2010
mumtaz est magnifique dans le film ( sharaarat ) a l'Ã©poque c'etait une des plus belles
femmef de bollywood

jeetendra5 on Friday, August 14, 2009
This is fantastic song:) and my favorite Mumtaz is so beautiful.
Thanks