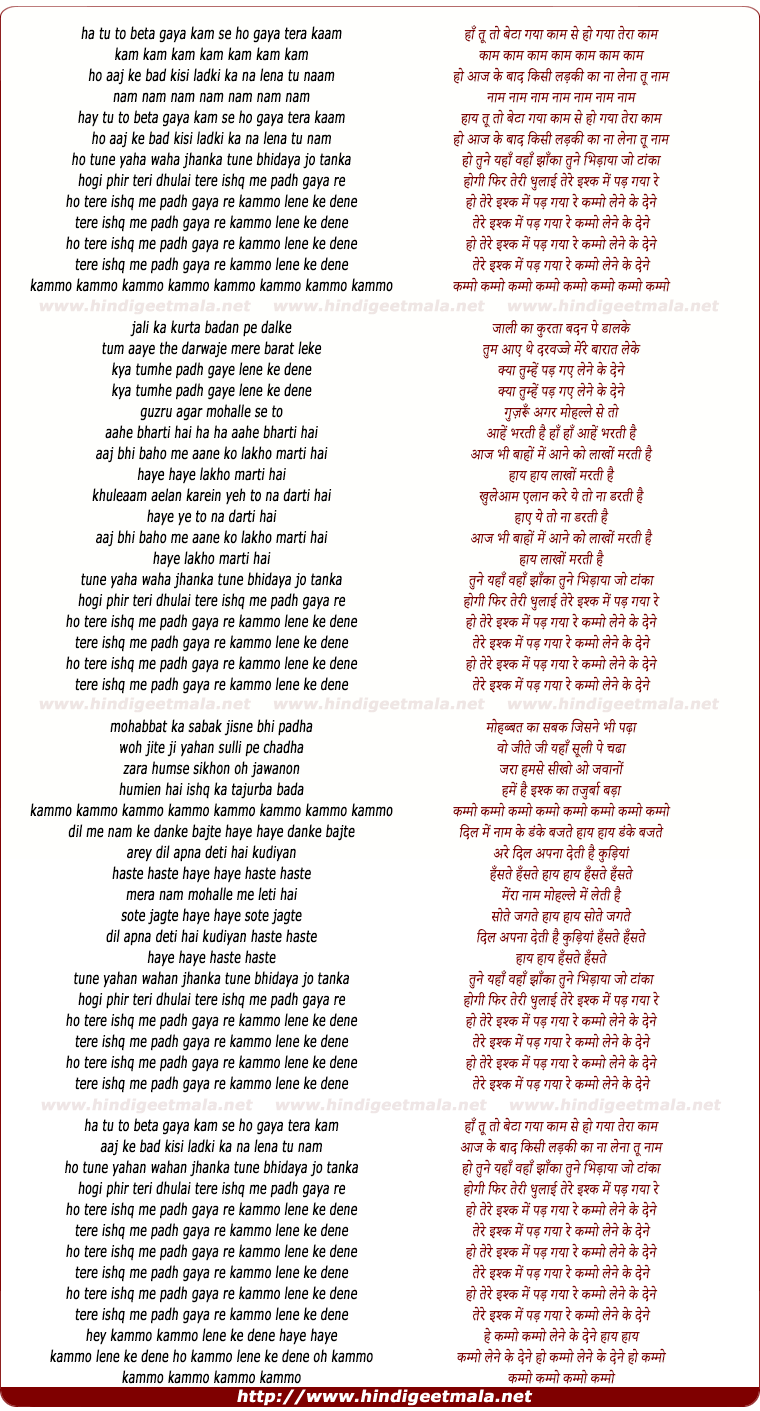 Comments on song "Kammo Kammo Kammo"
penlama on Monday, April 30, 2012
It looks like it has been shot from home video because it actually has
been. The whole movie is shot with a higher mid end consumer camera, Canon
5D which can be found in stores for less than a thousand dollars, compared
to the tens of thousands of dollar used on cameras in other films So the
equipment being used for shooting of this film are in no way "professional"
in the general sense. I think the director wanted a unique approach.

penlama on Tuesday, May 01, 2012
my mistake but even the cost of mark 2 is no where near the price or the
"film like" quality of the actual professional movie cameras typically
used. 2000 is nothing compared to the price they had to pay for amitabh and
sanjay.. the budget of this movie is well over a few crores. n man, but my
point remains, and that is the director was going for a different unique
approach.

uqbauqba on Sunday, May 06, 2012
WHO ELSE HERE THOUGHT AMITABH SUNG THIS SONG. :D Unbelievable!!, Sudesh
Bhonsle can really mimic Amitabh's voice, Noone could tell it wasn't
amitabh bachchan singing :D

kingi23 on Saturday, April 28, 2012
awsome dutt and bachan rock the girl towards the end of the vid is pretty i can not wiat for this movie but i think im the only one waiting lol
TheChaarvaak on Tuesday, May 22, 2012
Amitabh's dancing style is copy that of Bhagwan Dada. Amitabh himself acknowledged that in an interview I saw on TV.
View all 28 comments related to song Kammo Kammo Kammo
Popular Links on HindiGeetMala