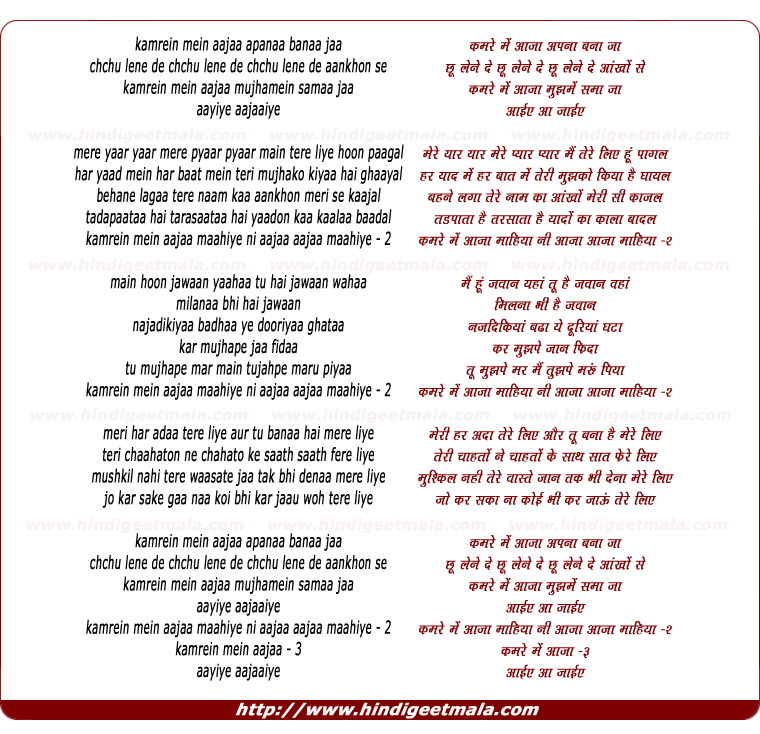 Comments on song "Kamrein Mein Aaja"
eramh786 on Friday, September 07, 2007
this is a trueï»¿ thing that happens! its not a chain letter! its kinda scary at first but it really works!! paste this message into 3 comments and press ALT F4 and your crushes name will appear on the screen!!! its soo wierd
janatbusy on Saturday, March 17, 2007
great song ..i like the lyrics... hot...maheema is looking great..i love reekha in this movie
poserram90 on Tuesday, August 12, 2008
mahima iz in white,the yellow wan iz kim,the black gurl with microfon, who
iz she????

bubblykittypuppy on Sunday, June 17, 2007
mahima is actually married now to sum bengali in america and she is pregnant
MisChief001 on Sunday, October 07, 2007
Who's the punjabi version by??? i can't find it...pls put me out ma miseroy!
View all 15 comments related to song Kamrein Mein Aaja