Average Rating : 3.44
Total Vote(s) : 9
Please rate this song between 1 star and 5 stars (5 stars being the best). Just move your mouse on the stars above and click as per your rating. Your rating will really help us to improve our website. 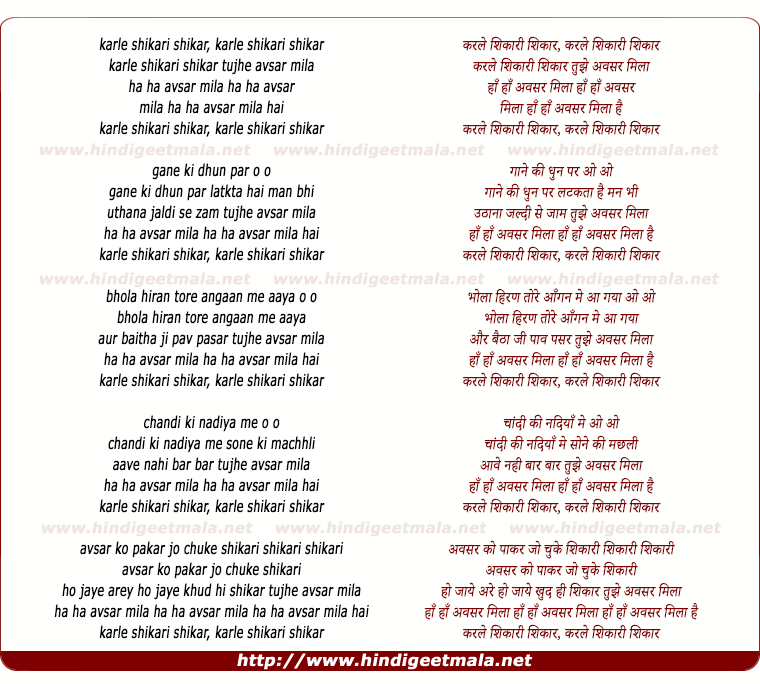 Sham Samant on Saturday, July 07, 2012
Listening to this beautiful song after many many days. Thanks for uploading.
Yaswant Vyas on Monday, October 19, 2015
The name of Music Director is C.R.Subbaraman and not Subraman﻿
Takai Akita on Monday, July 02, 2012
Sir B. thumbs up great work. Totally amazing video.
Pashambay Baloch on Sunday, July 22, 2012
All crew are Madras based except singers. Thanx
View all 6 comments related to song Karle Shikari Shikar, Tujhe Aaj Avsar Milaa
Popular Links on HindiGeetMala