Video of this song from youtube
Average Rating : 4.55
Total Vote(s) : 38
Please rate this song between 1 star and 5 stars (5 stars being the best). Just move your mouse on the stars above and click as per your rating. Your rating will really help us to improve our website. 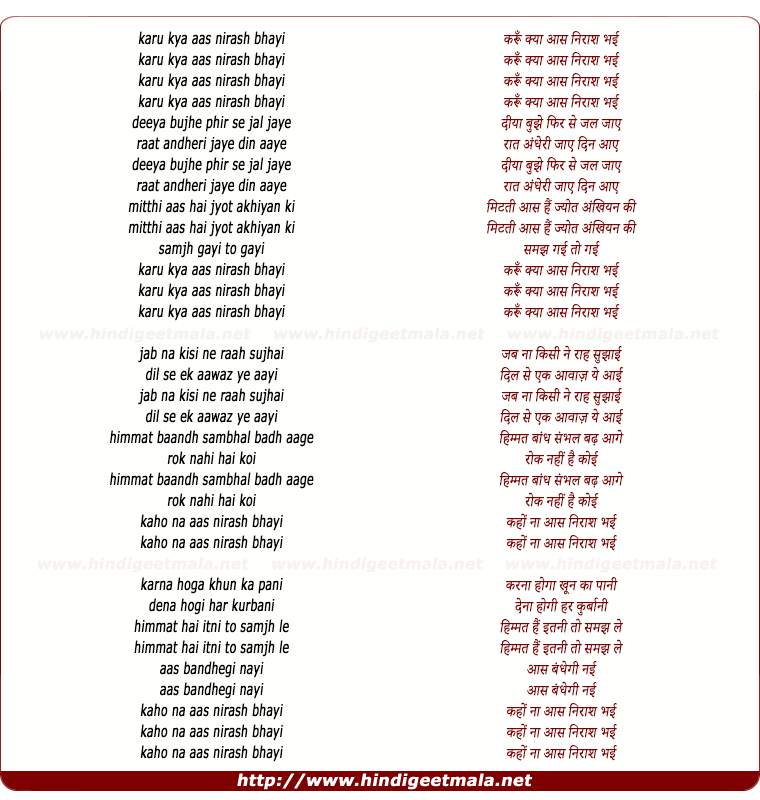 Comments on song "Karun Kyaa Aas Niraas Bhai"
vinay saynekar on Thursday, July 31, 2014
The movie is loss of Kanan Devi but gain to Leela Desai. The actor who
played Geeta's father (Leela Desai) is Nemo. One can see him in Shree 420
and Jagte Raho. Well to pick gems which are best from the musical gems of
KL, is difficult, because all of them gems. ﻿

Dilip Gupte on Wednesday, May 23, 2012
Earlier Kanan Devi was roped in to play the lead role but in an accident
she was hurt badly and had to take rest for a long time. She lost a great
opportunity to play against Saigal. The film is full of sweet songs. The
film propogates treatment against TB.

Muhammad Ali on Sunday, September 13, 2015
I was Not yet born at the time this song was sung, but what a beautiful
song and in this sweet voice of K.L. Saigal
Thank you brother for this uploading﻿