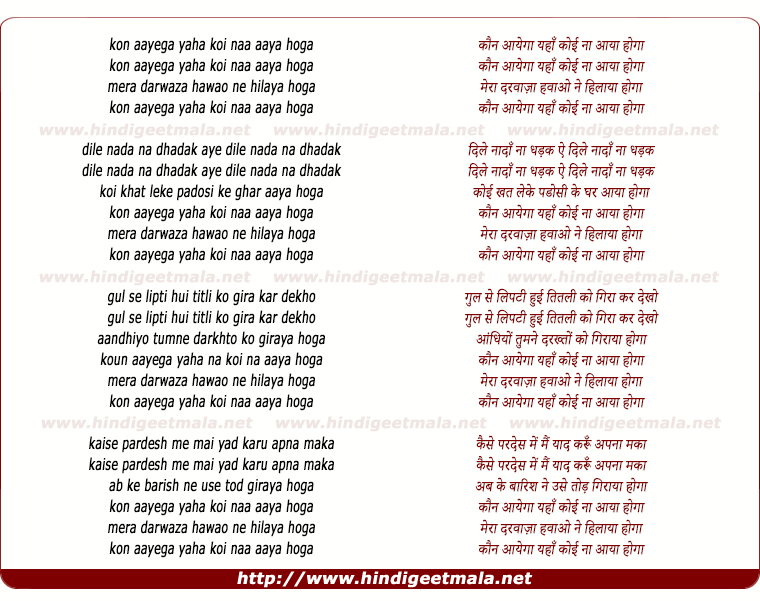 Comments on song "Kaun Aayega Yaha"
Mohammad Rafique on Tuesday, December 08, 2015
best ghazal, n it perform without intruption into pak saveral time, but
ghulam stoped by evils of mumbai why becouse biggest evil modi sitting over
them, we should understand an have to good relation with niegbours who
knows our language n thats the only country﻿

khanb09 on Tuesday, January 28, 2014
Words are simply not enough to describe this ghazal and the way it was
sung. The king of ghazals is at the highest of his masterful performance.
One of his most marvellous ghazals.﻿

hamidlogary on Tuesday, August 06, 2013
GOD BLESS HIM HE IS ONE OF MY ALL TIME GREAT GHAZAL SINGERS..I ACTUALY MET
HIM IN ONE OF HIS CONCERTS IN NOTTINGHAM ENGLAND GREAT GREAT PERSONALTY
..REST IN PEACE