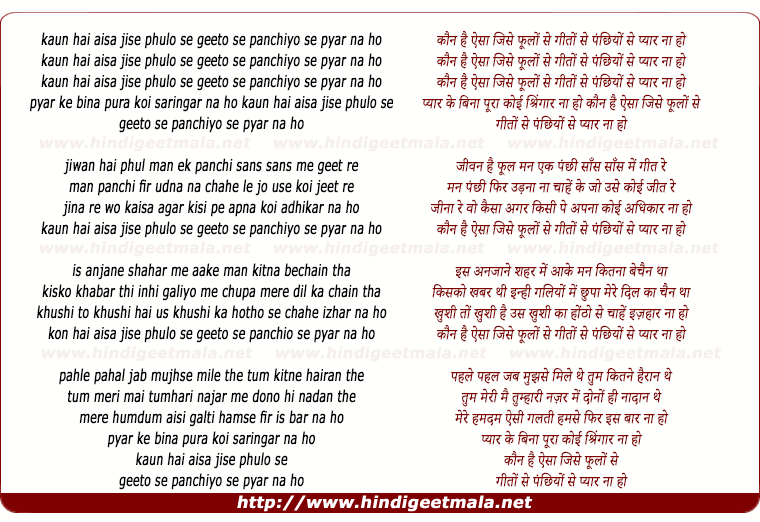 Comments on song "Kaun Hai Aisa Jise Phulo Se"
Kudala_Mangalooru on Saturday, November 06, 2010
Wow! What a fantastic pop song! Real music & Real singers! I have been
looking for this hidden gem forever and everywhere!!!!!!!! This movie may
have been forgotten, but the voice of K. J. Yesudas & Hemlata alone would
be enough to lift the song to stratosphere! Can't get enough of it. I am
going to download it right here, transfer it to Wav and put it out on a CDR
so I can listen to it in my car! :) Thanks for the great
upload!!!!!!!!!!!!!!!!!!!!!!!!!!!!!

Srinivas .B.N on Thursday, March 19, 2015
Bollywood failed to use Yesudas and his capabilities to the best optimum
level in 70's when he was in his prime period of his voice quality,The
compassion for perfection is lost, remaining only greed of fame.
I feel lucky to be born in his era. Our next generation will never know a
legend was here﻿

Johny Joseph on Sunday, July 17, 2011
This is ultimate,,Yesudas Yesudas Yesudas,,,,,superb rendition...still he
rocks in malayalam at the age of 71!!!

James Bond on Saturday, October 01, 2011
This master peace reminds me of the my school days... thanks for
uploading...