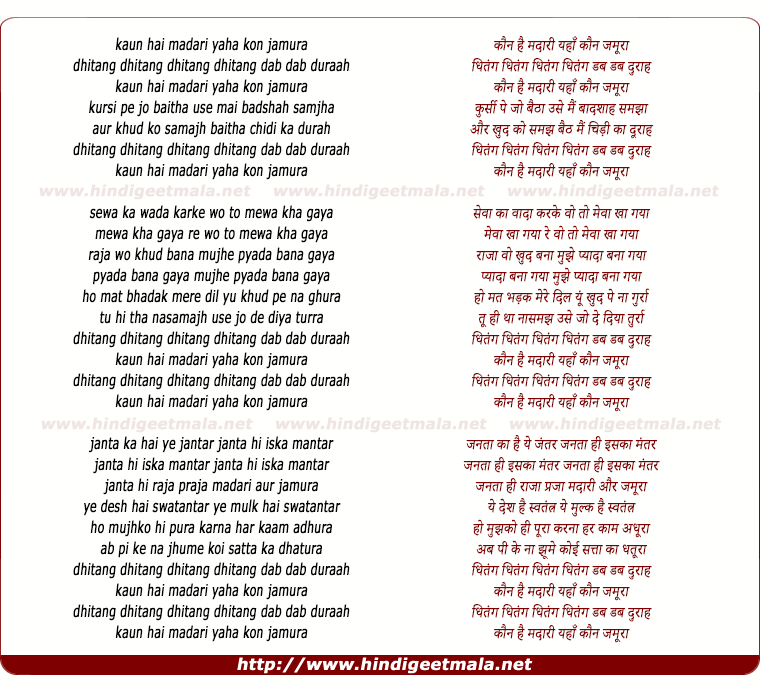 Comments on song "Kaun Madari Yahan Kaun Jamura"
Ram Nanduri on Sunday, March 30, 2014
This song is real picture of India and indian politics.corruption is all
over the world even in developed countries like usa but awareness,exposure
and punishment is progressive in these countries.Aamirkhan and satyameva
jayate is doing laudable work in bringing public awareness.﻿

Aseem Deshpande on Wednesday, March 26, 2014
13 dislikes are from Congress and BJP supporters ( Ambani, Adani agents).
Rest of all are true corruption fighters (TIC).﻿

Priyanka Sawant on Tuesday, September 16, 2014
if god ever even once gave a human the wisdom to make meaningful songs then
i think it was while making songs like this.﻿

abhishek desai on Wednesday, November 12, 2014
loved the goan music twist hats off to the chorus and the singer properly
executed guys!!﻿