Video of this song from youtube
Average Rating : 3.98
Total Vote(s) : 95
Please rate this song between 1 star and 5 stars (5 stars being the best). Just move your mouse on the stars above and click as per your rating. Your rating will really help us to improve our website. 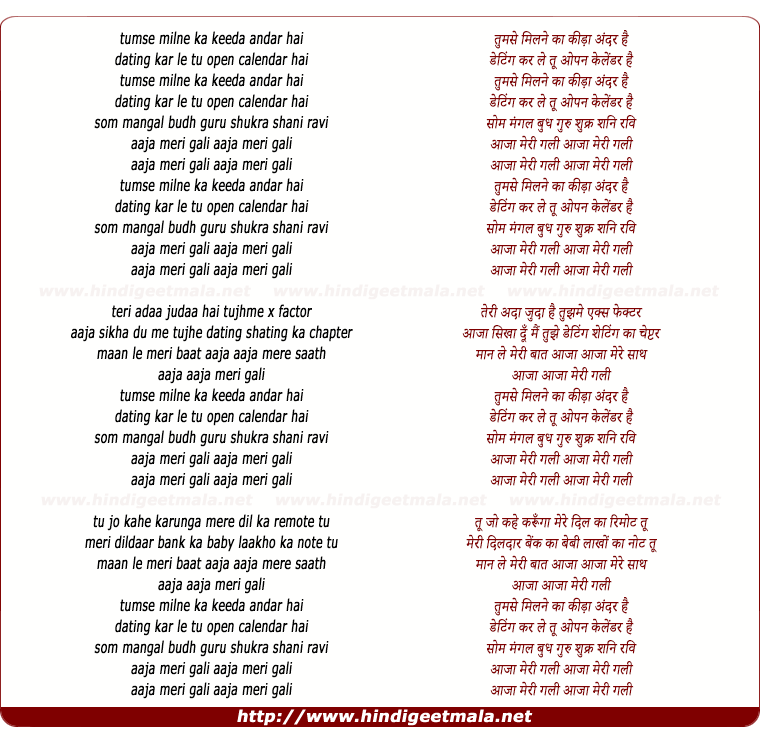 Comments on song "Keeda"
nirja kulkarni on Friday, October 31, 2014
With his every new song, I feel that this is the best song he has ever
composed and when any new song comes composed by him, I feel this is again
best and this repeats everytime! he so much innovative and keeps on
improving his level of composition with every new project Love him for
this! Proud to be reshammiyan!! ﻿

x00xshazzyx00x on Thursday, December 18, 2014
I think sona looks gorj as always. If no1s got anything positive to say
should just do one... Just dont say anything... People like you are what
makes bad people. Respect everyone and speak kindly and
positively-surely itl make the world a better place and make humans better
people... Love u sona xoxo﻿

Dev Singh on Monday, January 05, 2015
Sonakasi Sinha such big fat lady. Which part of her body look like she is
an actress. Any ordaniry Indian lady looks much better than sonaksi Sinha.
What happened to bollywood. Where are the Indian hot girls. Not a like big
fat sonakasi Sinha fat aunty.
﻿

nirja kulkarni on Friday, October 31, 2014
HR again proved that he is undoubtedly the king of music!! loved the "KEEDA
SONG!" the only lovable keeda :D I'm totally in love with this song it's so
much addictive can't stop listening it! <3 HR Rocks! The king of music
industry ﻿

Trisha Tanya on Wednesday, November 05, 2014
To Himesh 'sir': We hope there are better songs in AJ than this one!
To Sonakshi 'didi': Nice moves...looking cute like a baby elephant :D
To THE Ajay Devgn: Was really waiting to see you dance!! Not bad at all !!!﻿