Video of this song from youtube
Average Rating : 4.75
Total Vote(s) : 36
Please rate this song between 1 star and 5 stars (5 stars being the best). Just move your mouse on the stars above and click as per your rating. Your rating will really help us to improve our website. 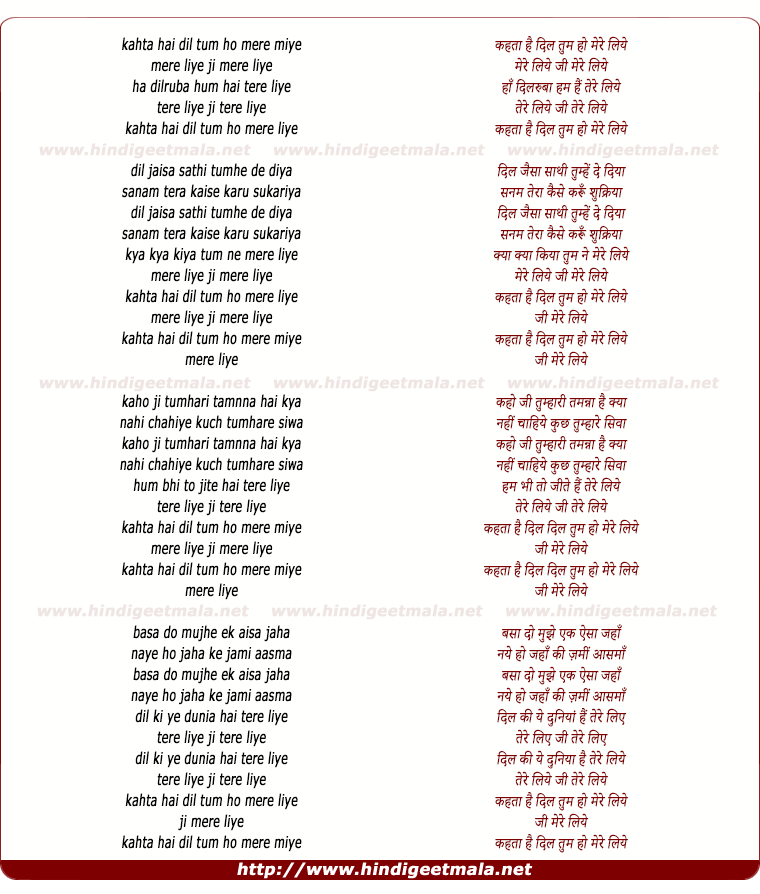 Comments on song "Kehta Hai Dil Tum Ho Mere Liye"
orientlover1 on Tuesday, March 16, 2010
none of the two male actors appearing in the song is Dilip Kumar. The actress is however undoubtedly Meena Kumari. However that a movie named Madhosh starring Meena Kumari existed is a news for me. Even her biographies do not mention this movie
orientlover1 on Tuesday, April 06, 2010
deaar mastkalandr: dilip kumar was not on the cast of this movie. perhaps you mistook the actor sitting with meena kumari in this song as DK. I have checked the data of indian movies. Anyway thanks for uploading this unforgettable song
orientlover1 on Sunday, April 04, 2010
who is this actor sitting with meena kumari on tonga
rajtex on Friday, October 29, 2010
Meri yaad mein tum na, aansoo bahaana
Do not shed tears when thinking of me
Na jee ko jalaana, mujhe bhool jaana
Do not kindle the flame in your heart, just forget me
Samajhna ke tha ek, sapna suhaana
Just think that it was all only a beautiful dream
Woh guzra zamaana, mujhe bhool jaana
Those days gone by, just forget me.

Meri yaad mein
When you think of me