Video of this song from youtube
Average Rating : 4.34
Total Vote(s) : 1024
Please rate this song between 1 star and 5 stars (5 stars being the best). Just move your mouse on the stars above and click as per your rating. Your rating will really help us to improve our website. 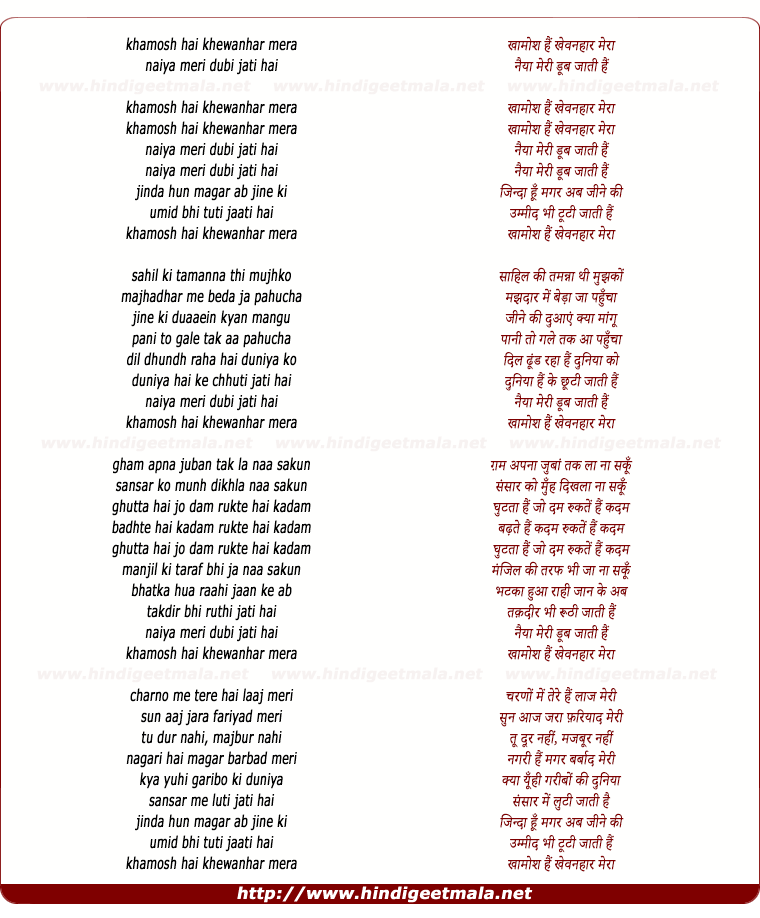 Comments on song "Khamosh Hai Khewanhar Mera"
crazyoldsongs on Tuesday, January 12, 2010
this is a very beautiful song rendered soulfully by lataji , and picturised
on nimmi who was lucky to have enacted a no. of lata ji gems which were
extremely popular and to which she did full justice by her acting prowess .
attention towards nimmi -lata gems was brought to notice by our senior and
respected yt member ,vipan da whose comments and reviews are as valuable as
the beautiful songs posted by the uploaders .

Glow of Hope on Tuesday, January 12, 2010
Beautiful song - this song along with Na Mita Gham To Barbadi on Nimmi
rendered by Lata Mangeshkar are so precious and critically acclaimed too. I
simply agree with the beautiful and rich comments by crazyoldsongs.