Video of this song from youtube
Average Rating : 4.34
Total Vote(s) : 71
Please rate this song between 1 star and 5 stars (5 stars being the best). Just move your mouse on the stars above and click as per your rating. Your rating will really help us to improve our website. 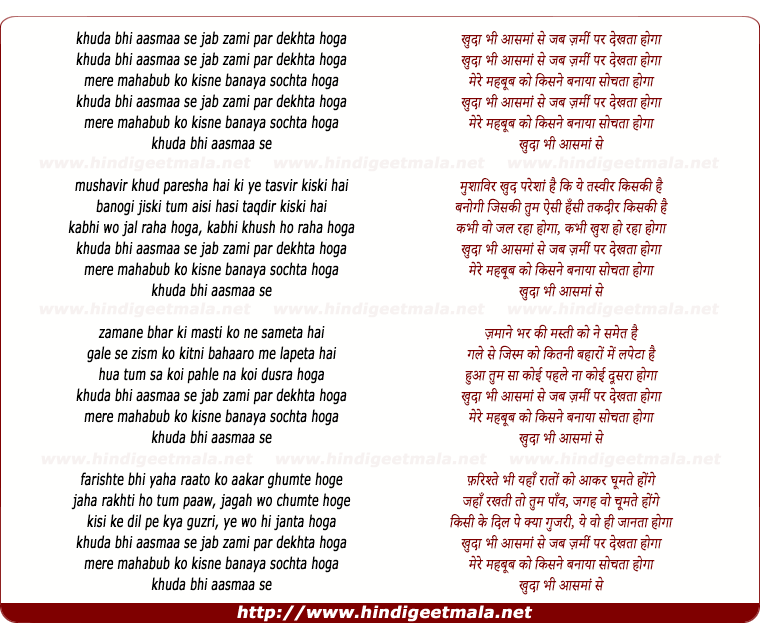 Comments on song "Khuda Bhi Aasamaan Se Jab Zamin Par Dekhata Hoga"
ursaheli on Monday, February 16, 2009
Awesome!!! Mohd. Rafi's melodious voice can not die. he is evergreen and
everlasting. his voice... the miracle of nature. The melody of the song
is mesmeric. He gave elegance to the song by his tuneful rendering. Thanks
for the great upload:)

shripad20 on Wednesday, July 22, 2009
An EXCELLANT song!! My most favourite. Great voice,great music.Thanks to
Rafi-SJ for delivering it.