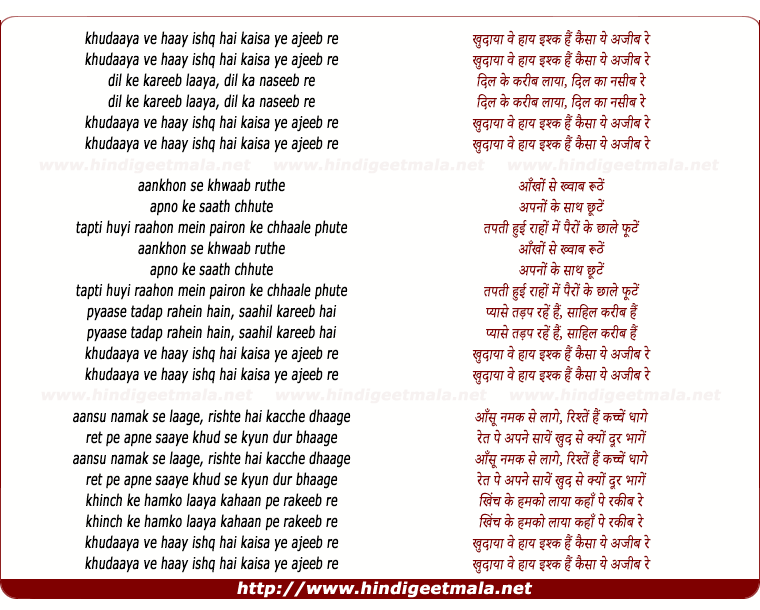 ohYEAH629 on Saturday, October 23, 2010
@kiransweety11 I disagree, Atif's voice wouldn't sound good for the lower
notes and low pitches of the song, he wouldnt have able to bring that feel
to the song. Dont get my wrong though i love Atif, amazing voice. But salim
merchant did and excellent job singing and directing this song, no one
couldve sang it any better than him

pwincessFuzzy786 on Monday, October 19, 2009
I had never heard this song until someone very specail introduced it to me, as it reminded them of me. Now this is "our" song.. its a lovely song.. i love itt! I Love and miss yew loadz.. (Mr.Imzii jee, the other half ov me.)
View all 205 comments related to song Khudaaya Ve
Popular Links on HindiGeetMala