Video of this song from youtube
Average Rating : 4.50
Total Vote(s) : 6
Please rate this song between 1 star and 5 stars (5 stars being the best). Just move your mouse on the stars above and click as per your rating. Your rating will really help us to improve our website. 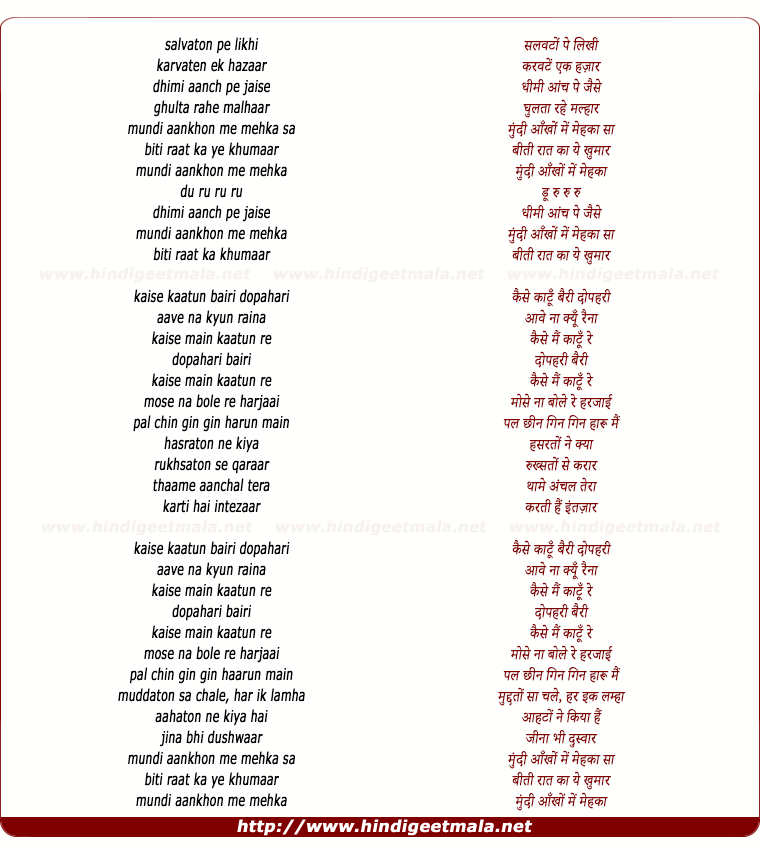 Bipul Das on Saturday, September 14, 2013
@ the One who is finding it Worst... Music doesnot know boundaries,
religion or states... it is a force bringing all the human under the
umbrella of humanity and Papon's music is undoubtedly contributing to it...
I think you feel jealous... If you are not interested enough listening to
his work why you are wasting your bandwidth over it... ???? go and search
for what it makes you feel happy... we Assamese people never differentiate
anyone anything by its place and will not do it in future too

Mukesh Bansal on Tuesday, December 01, 2015
I have been a passionate lover of Old Hindi melodies of the 1950s. But this
composition and song by Papon has changed me completely. I have been
listening Khumaar and Dinae Dinae almost 5-6 times every day since I
stumbled over it on you tube while listening to one of my own videos there.
Hardly any words to describe this Kumaar. Papon- you are great and look
totally devoted and lost while singing it.﻿

Prabhat Jain on Friday, January 17, 2014
sometimes you dont have words to express the love, gratitude, emotions for
a particular thing or some person. The same has happened when I listened
this beautiful song with a perfect blend of music and vocals. Its on repeat
since morning and I cant get enough of this song. Really really appreciated
and thank you for such a wonderful creation. Hats off Papon Da. :) <3﻿

wakifisfaque on Wednesday, September 18, 2013
Kalyan Baruah (the guitarist with the hat in this video) is surely one of
the unsung heroes from Assam. he entered the music scene in Mumbai from
Assam even before anyone else like Zubeen, Papon and he is one of the most
respected musicians (in the film fraternity) and definitely a great
guitarist of India. Kalyan Da, you make us proud...