Video of this song from youtube
Average Rating : 4.19
Total Vote(s) : 26
Please rate this song between 1 star and 5 stars (5 stars being the best). Just move your mouse on the stars above and click as per your rating. Your rating will really help us to improve our website. 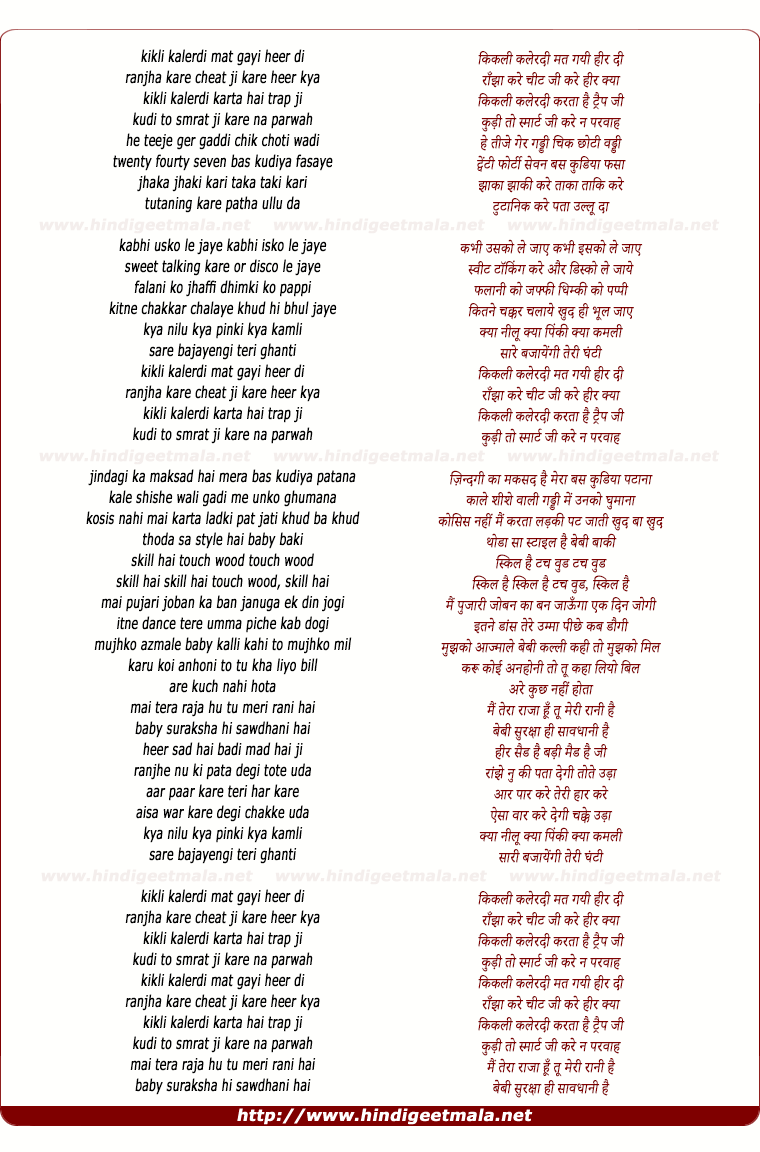 Comments on song "Kikli Kalerdi"
chaosiskool on Monday, October 15, 2012
Ye baat to sahi hai ki lyrics mein kai baar he does use bad words and he should try to avoid it.But that does not take anything away from the fact that he rocks in his own desi rapping style. Actually rapping ki image hi kharab hai, RapKing Eminem ko hi dekh lo...However even i would love to see him singing clean raps. Infact his best rap acc. to me was surprisingly absolutely clean..the rap in Yaar Bhatere.Teri chain chain -2 mukdi ni oye.:p
chaosiskool on Sunday, October 14, 2012
Bhai how do you define a real rapper?? I agree Bohemia is more close to those western rappers in his rapping style whereas Honey Singh has a very desi style of rapping.I like them both.Don't go into Honey Singh's raps in Bollywood movies so far he is doing whatever is offered to him, hope he will get something better to do.Just listen to his Punjabi raps..thats where he is in his zone and simply rocks it.
MultiJack1313 on Tuesday, October 23, 2012
Amit trivedi is a genious mate.
After a long time we got excellent music director. He always come up with new rythams and tunes. Wow amit trivedi...
Keep going we proud of you..