Video of this song from youtube
Average Rating : 4.31
Total Vote(s) : 26
Please rate this song between 1 star and 5 stars (5 stars being the best). Just move your mouse on the stars above and click as per your rating. Your rating will really help us to improve our website. 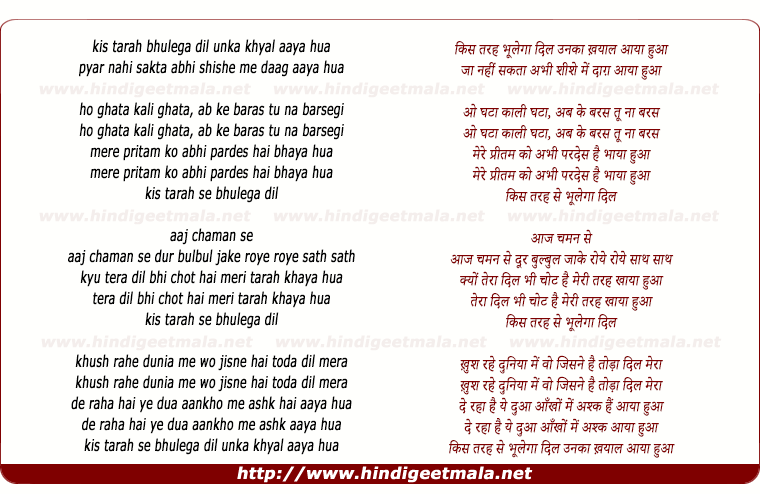 Comments on song "Kis Tarah Bhulega Unka Khyal Aaya Hua"
reverseswing on Friday, March 07, 2014
In fact Noor Jehan was at her best in British India under
the baton of Shyamsundar,K Datta, and Naushad Ali .
During the early years after partition she continued to
follow her original style and sang many memorable songs
under the Music Direction of Firoze Nizami, GA Chishti,
Ghulam Hyder, and Khurshhed Anwar. However sometime
from the mid 50s she completely changed her singing style. ﻿

V. Siddhartha on Tuesday, December 22, 2009
One of the most melodious songs of NJ. Despite the scratchy old record, the
luster comes through. Wouldn't it be nice for some tech-savvy person to
restore it to its pristine shape with some magical software ?Thanks for
bringing it back ,Suhanee.

rumahale on Wednesday, November 21, 2012
Beautiful and timeless classic from Village Girl (1945) - Music: Shyam
Sunder. Madam Noor Jehan rules in our heart with her melodies, and, the
people of sub-continent are proud of her. Thank you for rich tribute.

passion689 on Wednesday, December 23, 2009
Opse!... forgot to thank you for this. I know I recently asked if you could reload this beautiful song. Thanks a lot, these songs are rare gifts from NJ and must be preserved.
kirti kumar Khanna on Monday, January 10, 2011
no words to suit the performence of noorjehan jee in this song .sheer godly
act .inthat age to sing these songs what noorjehan did beyond words 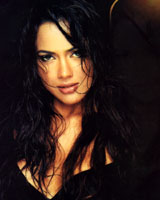