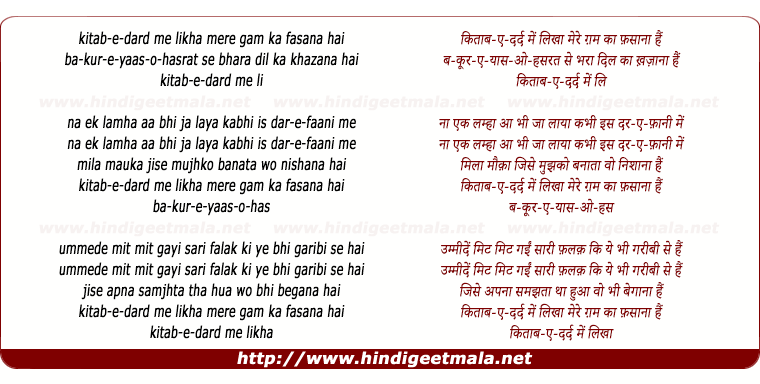 Comments on song "Kitaab E Dard Me Likha Mere Gam Ka Fasana Hai"
Shalin Bhatt on Monday, October 10, 2011
@56riazali Thanks for the lyrics. They're very accurate, except the "falak
ki yeh bhi ghareebi se hai" part sounds more like "ki yeh preet ghareebi se
hai" the second time he sings it (first time sounds like "ki yeh ke
ghareebi se"?). I too had heard only one other song from this singer
before. He's credited as Akbar Khan Peshawari, Akbar Khan Durrani, Akbar
Khan Durrani Peshawari, or simply Akbar Khan, so it is difficult finding
more. It does appear however that he did originate from Peshawar.