Video of this song from youtube
Average Rating : 3.99
Total Vote(s) : 88
Please rate this song between 1 star and 5 stars (5 stars being the best). Just move your mouse on the stars above and click as per your rating. Your rating will really help us to improve our website. 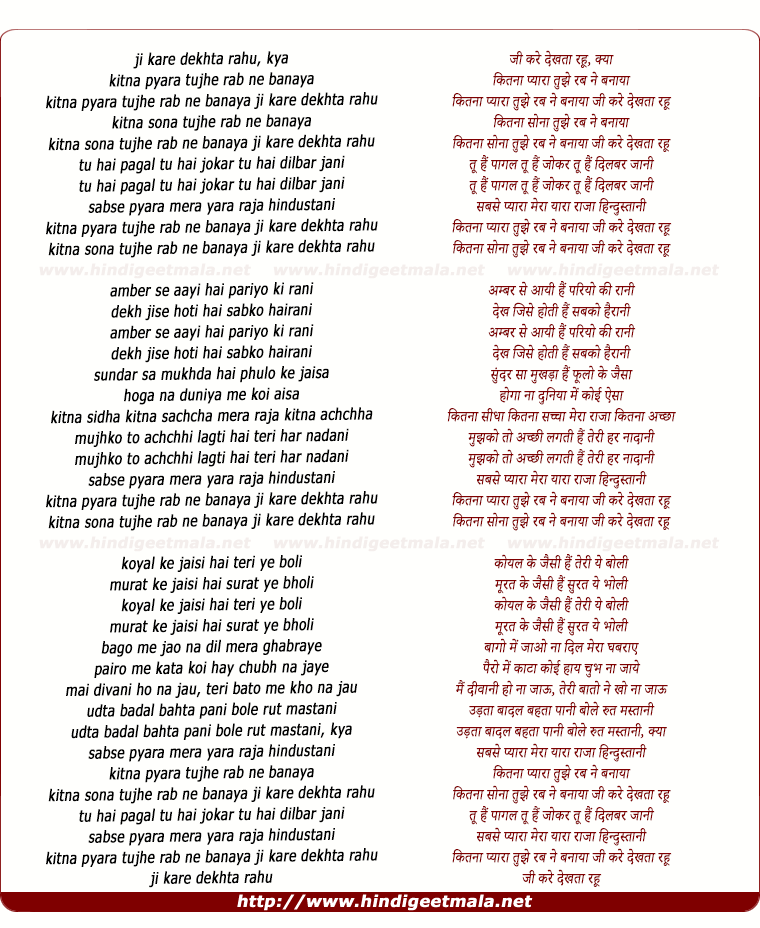 Comments on song "Kitna Pyara Tujhe Rab Ne Banaya"
FairyPAngel on Saturday, August 09, 2008
We can still hear and understand the song! It's great to see that Bollywood can have a influence on other cultures as well as our own- it shows there are open minds and great interest in wider cultures then just sticking in little closed societies!
cnorth42 on Sunday, February 08, 2009
I think this one of the the first film (together with DTPH)where Karishma
started to actually look vaguley attractive. She straightened her hair and
discovered how to pluck her eyebrows...big improvement!

vollygirl59 on Wednesday, December 31, 2008
ughh! i used to sing this song wen i was like five xDD my mom used to get
all tired of me singing it LOLZ!