Video of this song from youtube
Average Rating : 4.52
Total Vote(s) : 42
Please rate this song between 1 star and 5 stars (5 stars being the best). Just move your mouse on the stars above and click as per your rating. Your rating will really help us to improve our website. 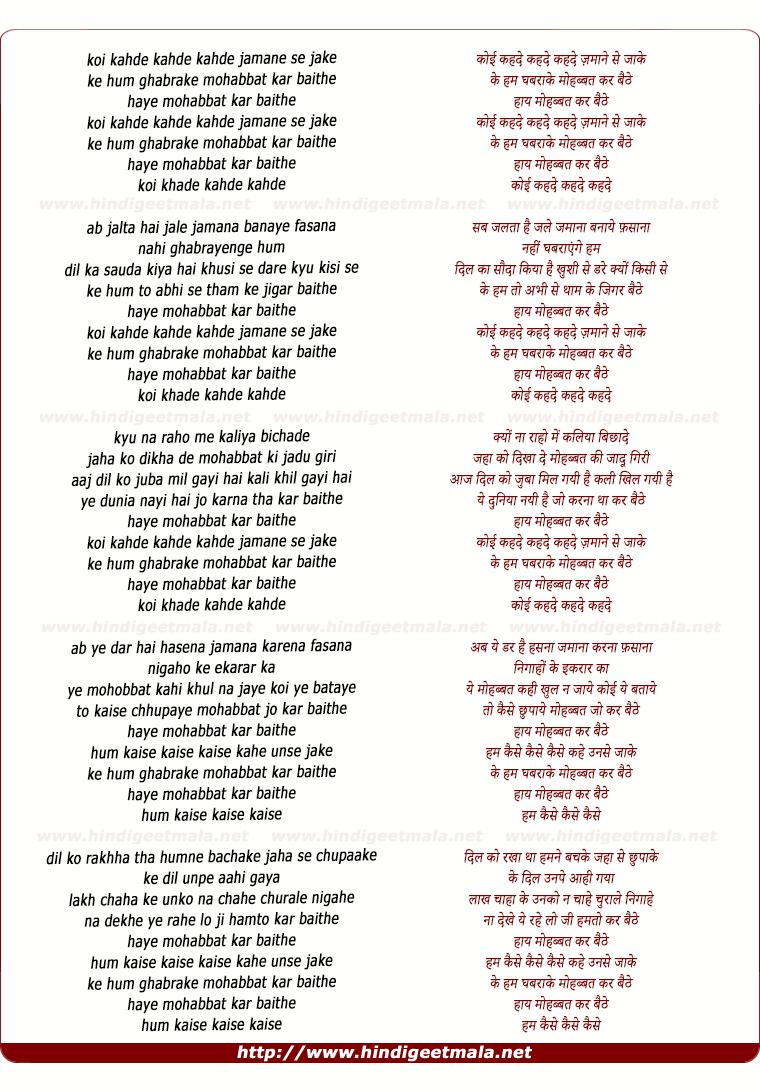 99farooque on Saturday, August 08, 2015
Very nice song by Asha bhosle. Nice melody, music, and lyrics. The song
written by Aziz kashmiri. Thanks for uploading it. ﻿

Dilip S. Coulagi on Sunday, November 30, 2014
OP-Asha magic..but do mention the lyricist...such lovely
poetry, adds so much to the charm of the song!﻿

ajithanck on Wednesday, July 15, 2015
It has been a great credit to have done away with Lataji ,all throughout
his career in Bolliwood which had been unthinkable at that time.To be
frank,it has been a great loss to Lataji,not to associate with the Great
O.P.Nayyar ﻿

ajithanck on Wednesday, July 15, 2015
My kudos to O.P for doing away with Lataji, who had been inseparable from
Bolliwood at that time.Actually,to be frank ,Lataji has lost from her
disassociation from the Great O.P.NAYYAR ﻿