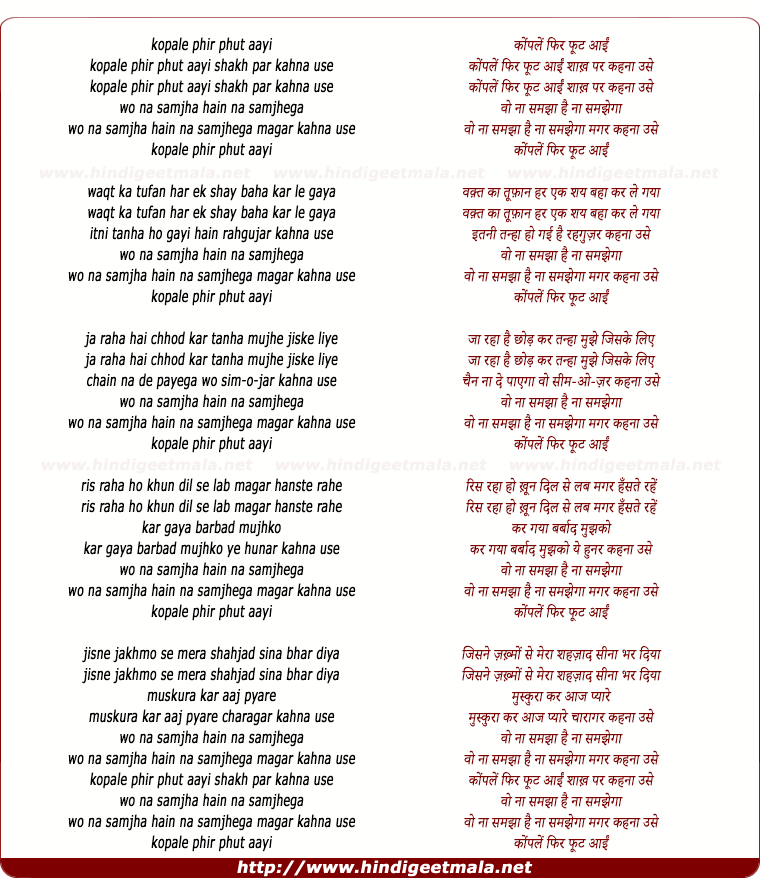 Comments on song "Konpale Phir Phut Aayee Shak Par Kahana Use"
Imtiaz U. Faruqui on Thursday, December 19, 2013
The lyrics were written by Mr. Farahat Shazad, he was in USA when I last
spoke to him in 1980;s God bless him what a great Shahir , the world has
yet to listen to his Shaire , listeners are way behind the writers. ﻿

kd Kapoor on Monday, June 25, 2012
If I remember right, this was written by Farhat Shahzad.. The first time I
heard this, I was in heaven... what a ghazal.. what beautiful rendition!!!
Masterpiece. for all times.

Akshaya Trivedi on Saturday, June 02, 2012
Whatttta singer Ustaad Mehdi Hassan is..!!!!!!!...nobody can describe in
words. This ghazal is my all time favourite.