Video of this song from youtube
Average Rating : 4.09
Total Vote(s) : 158
Please rate this song between 1 star and 5 stars (5 stars being the best). Just move your mouse on the stars above and click as per your rating. Your rating will really help us to improve our website. 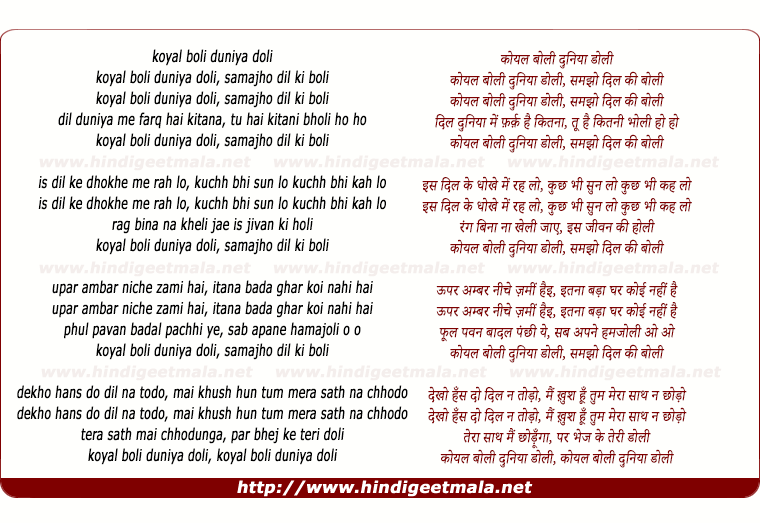 Mrpkv1006 .pkv on Monday, March 30, 2015
ONE OF THE GREATEST DUET SONG EVER COMPOSED AND SUNG BY THE GREATEST
SINGERS EVER BORN
RAFI AND LATA ﻿

TheKalimata on Tuesday, May 03, 2011
wow 1st of all thks for the upload..this reminds me of my childhood
life..Lataji..Rafiji with LP'S music..well legends were born they served
and we are quite privelaged to had/have them...God bless Rafi sab's
immortal soul..God bless u all..

Ghanshyam Padhiyar on Monday, September 29, 2014
Its Really Beautiful, Ever Green Song , Lataji n RafiSaab.. all hit songs
of Sargam Movie.. I loved it..﻿

Ashwin Raizada on Wednesday, December 24, 2014
Rishi kapoor was fit with any actress,any type of movie,any
music,,,,perfect with jaya and songs﻿