Average Rating : 4.71
Total Vote(s) : 7
Please rate this song between 1 star and 5 stars (5 stars being the best). Just move your mouse on the stars above and click as per your rating. Your rating will really help us to improve our website. 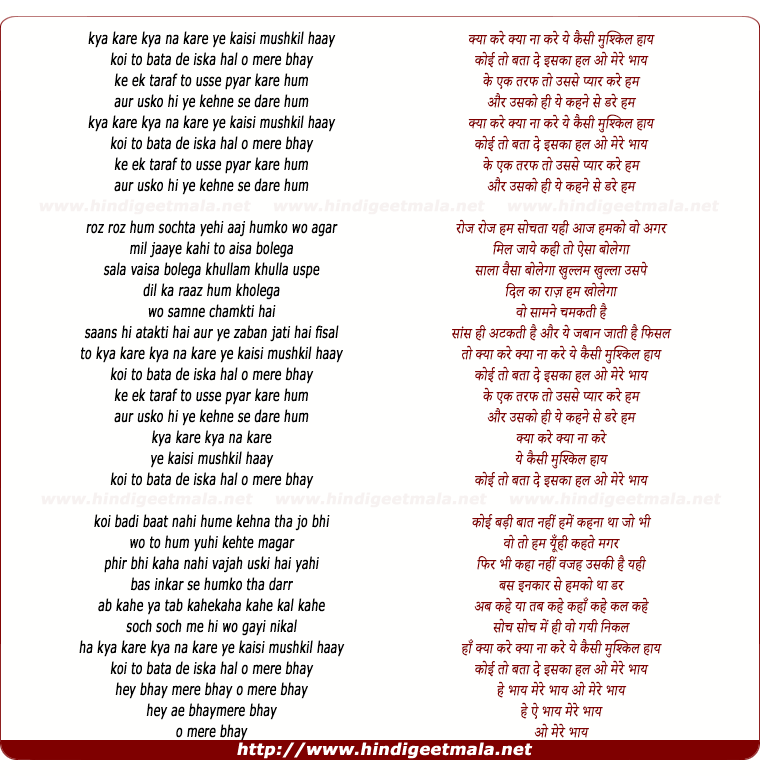 Comments on song "Kya Kare Kya Na Kare"
thisaccisbs on Sunday, July 22, 2012
I think it is after this movie that Aamir went crazy and stopped attending
Filmfare Awards because he thought he deserved the Best Actor Award but SRK
won it instead for DDLJ... What a sore loser! I am sure he would have said
no to Padma Shri if he got it after SRK (but he got it first in 2003 and
then SRK in 2005) and even the Padma Bhushan (which he got in 2010 and SRK
hasn't been awarded yet). Aamir, the Crybaby Khan of Bollywood!

Tarang Mogre on Monday, June 25, 2012
and what makes you the authority on indian cinema? If jackie were even half
as good as amir he would have been cast as the lead male and not as a
supporting cast.

TheStrummer1989 on Saturday, July 28, 2012
music in this song is so fabulous that no one really notices the amazing
lyrics.i guess everyone has gone through the phase which are told in the
lyrics