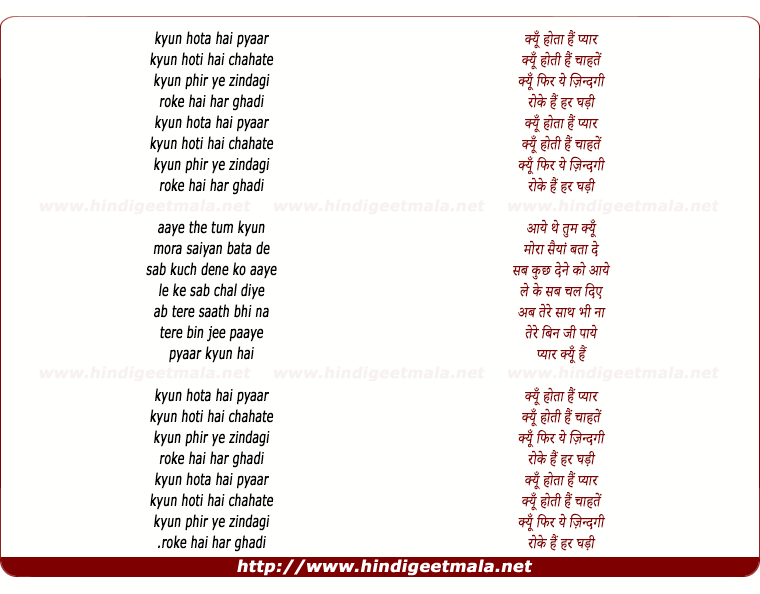 Comments on song "Kyo Hota Hai Pyar"
Napoleon4778 on Wednesday, July 18, 2012
Though I like instrumental music more, I like Papon as he has proven that
language is not a barrier to the spread and flow of music. I hardly
understand the lyrics but I like it! He has also proven that rock and blues
instrumentals are very much in sync with vocals in non-European lingo. This
is our Indian version of Woodstock and Monterey Pop Festival. Like my
comment if you think so!

RaJLiVeRiChLy on Thursday, March 28, 2013
Thanx A Lot To All Of You For Your Precious Comments... Keep Listening And
Feel Good... Sorry For Not Uploading Any Music Video Since Last Few
Months... But Now I Will Upload More Soulful Music In Coming Days... So Be
In Touch With Me... Thanx For Your Positive Response...

Farhaj Rana on Wednesday, January 09, 2013
why does this song sound so similar to Karsh Kale - Absence ?? Tought Papon
Sang that song too !!

RaJLiVeRiChLy on Thursday, February 02, 2012
He Is Awesome Singer And Thanx For Your Valueable Comments Mrs Ram,, Really
Appriciateable.