Average Rating : 4.08
Total Vote(s) : 26
Please rate this song between 1 star and 5 stars (5 stars being the best). Just move your mouse on the stars above and click as per your rating. Your rating will really help us to improve our website. 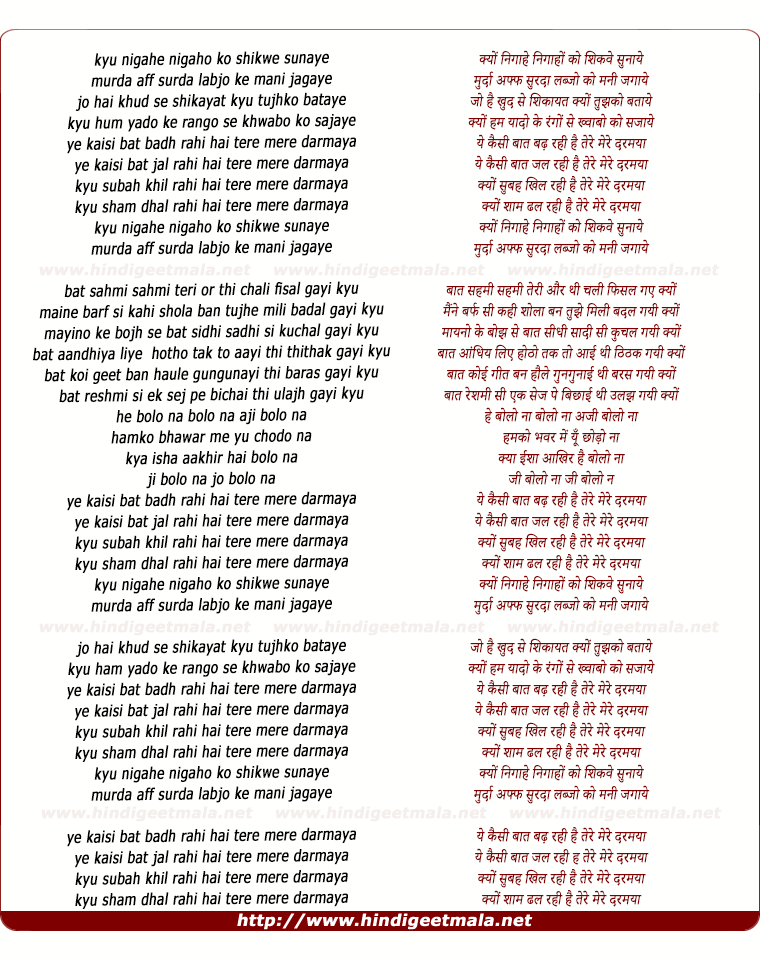 Comments on song "Kyu Nigahe Nigaho Ko Sikwa Sunaye (Darmiyan)"
Missinwyne on Sunday, February 24, 2013
I don't know about hit but Film is worth to watch , Its one of the most
contemporary subject ever been raised in Bollywood . it does represent a
class , working class , careers and many other things but I adore the way
they present conflict between 2 people . very simple thing which took too
long 2 people to understand, they extend whole feel in 3 hours film . I
think its brilliantly written actually , more then it performed .

dvaishnavik on Saturday, June 08, 2013
totally loved this movies.superb acting by chitrangada and arjun <3 d
inkaar title is another beutifull piece of music..:)

Young Mix on Saturday, January 05, 2013
Mad respect for your videos!! I'm a new recording artist. Check out some of my videos and jeep up the good work!!!
Amit Sharma on Thursday, January 24, 2013
If words could act, they will jump out from swanand's throat.. Love the
song -3