Video of this song from youtube
Average Rating : 3.60
Total Vote(s) : 266
Please rate this song between 1 star and 5 stars (5 stars being the best). Just move your mouse on the stars above and click as per your rating. Your rating will really help us to improve our website. 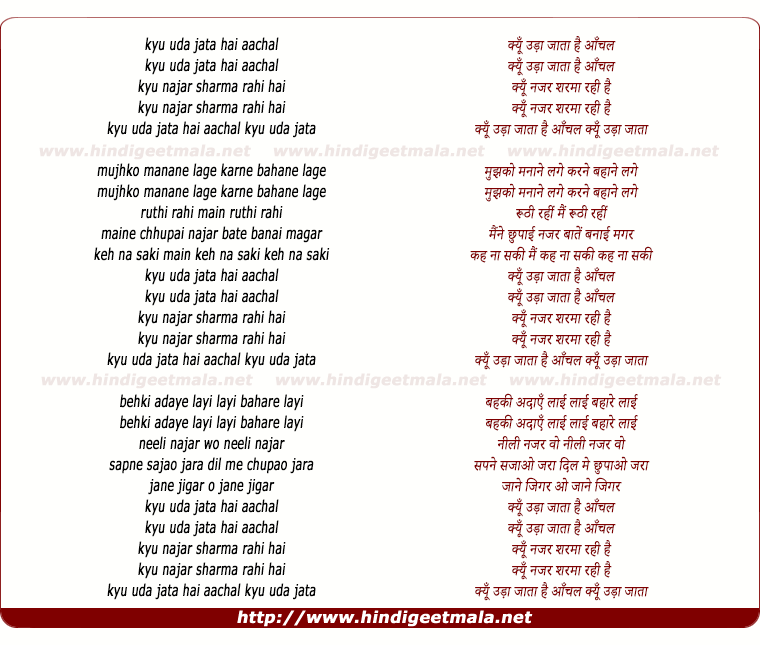 Milahi1935 on Friday, April 29, 2011
Suman has sung a great song. The tune is medium but her voice and style has
made this song great. I wish the music composer had added some high notes
in the end of the song like Rafi used to do. Suman has those high notes and
it is a rare pleasure when she is allowed to sing them, like in a couple of
duets with Rafi