Video of this song from youtube
Average Rating : 4.45
Total Vote(s) : 11
Please rate this song between 1 star and 5 stars (5 stars being the best). Just move your mouse on the stars above and click as per your rating. Your rating will really help us to improve our website. 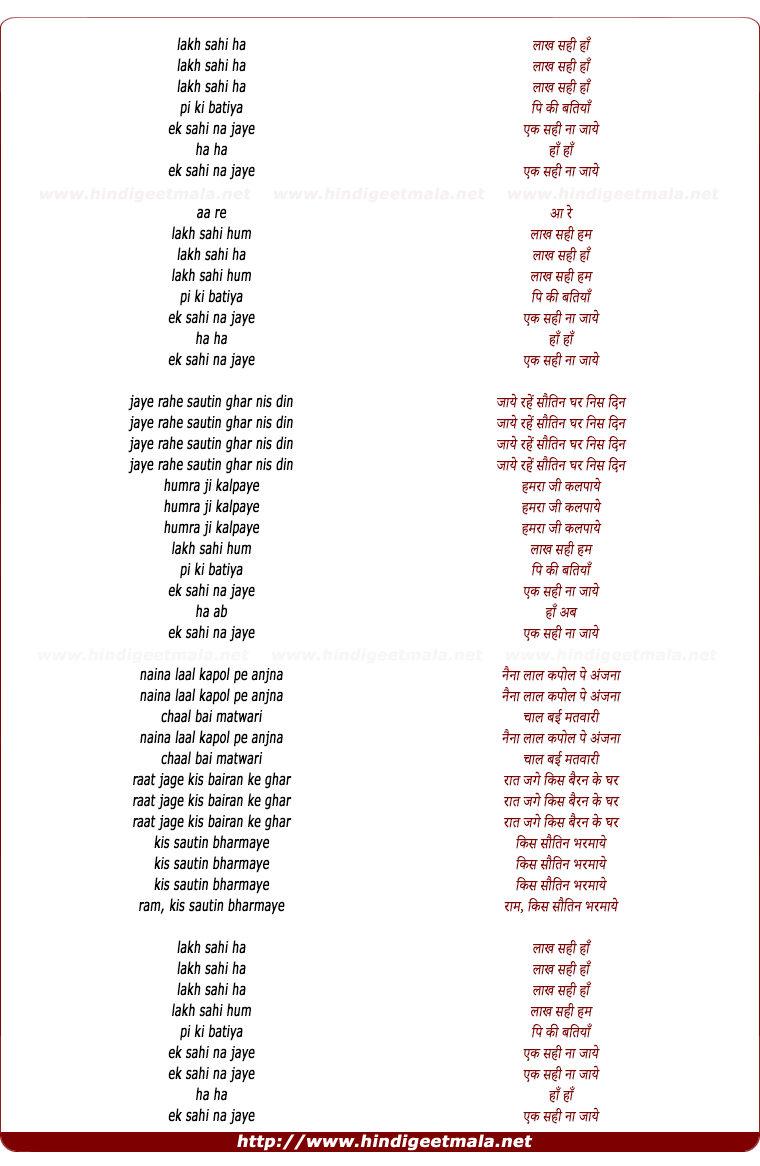 Comments on song "Laakh Sahi Ham Pi Ki Batiyaan Ek Sahi Naa Jaaye"
Shalin Bhatt on Tuesday, April 20, 2010
from Yahudi Ki Ladki [1933]...unfortunately, no copies of this movie remain
due to that fire years ago which destroyed many prints from the
yesteryears. 'yahudi ki ladki' also had "lag gayi chot karejwa mein", "ye
tassarruf allah allah", and of course, "nuktahcheen hai gham-e dil" by
saigal.. in my opinion, these early songs of saigal have no words to
describe them, and are only surpassed by the songs from Shahjehan [1946].
thanks for posting.

V. Siddhartha on Monday, April 19, 2010
A splendid KLS geet that I have enjoyed for decades. Delighted to see the
attached images of subcontinental craftsmanship, especially in stone. In
your earlier uploads you often included miniature paintings. These new
images depict a craft form that , to me, rises to the level of a fine art.
Thanks, Mirzaji.