Average Rating : 3.81
Total Vote(s) : 58
Please rate this song between 1 star and 5 stars (5 stars being the best). Just move your mouse on the stars above and click as per your rating. Your rating will really help us to improve our website. 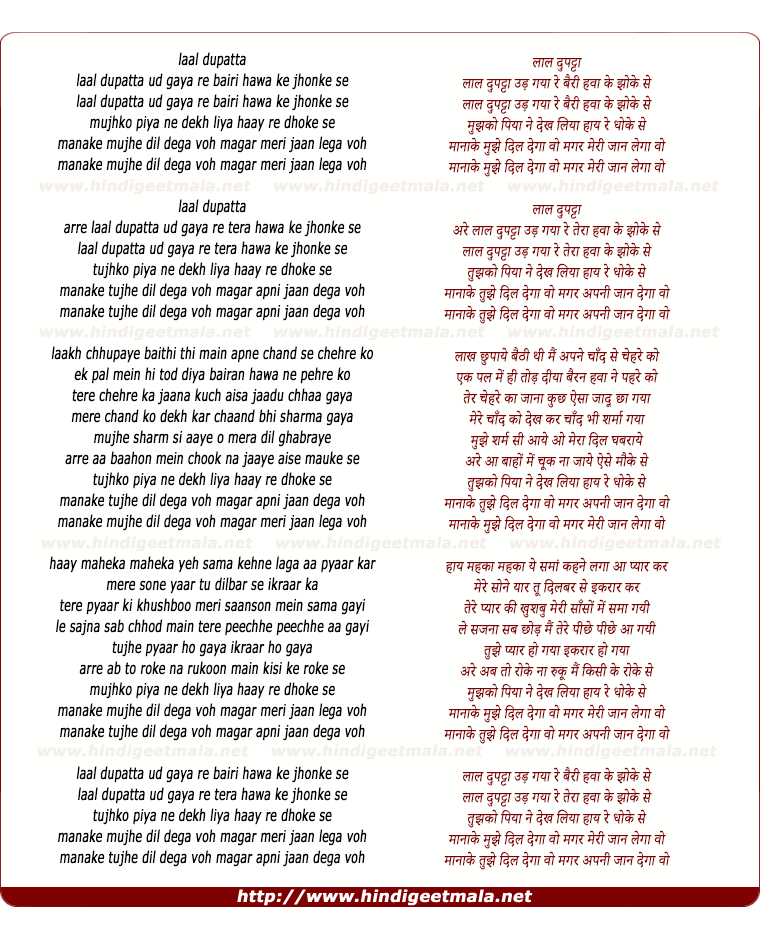 DaMenaCe3 on Tuesday, November 16, 2010
@maxxpunjabi007 Right on... Sir/ma'am lol... i was thinkin on the line of "Just Chill Chill Just chill" and coincidently its one of the "Suggested videos" on the right lol pretty crazy huh..lol yea i grew up listening to OLD class music caz of my uncle and them and i absolutely love the 70 80s music and movies.. pretty sick era.
Poojalicious1 on Tuesday, October 26, 2010
@moonshine227 buddy it has a high level of homeless/poverty but every country has that it doesnt mean india can be considered poor becasue it is nnot the brain power smart its strong in tech and man power every country has poverty but thats not the only part of hte county
varsityjonasfan on Saturday, October 17, 2009
she is my favorite actress!!! she's gorgeous, and she's slim but healthy, and she's a great actress, who actually has talent, and from her interviews she has morals and values and being a celeb isn't everything to her. i love her!! =)
Jay on Sunday, February 08, 2015
If a man was dreaming of 2 women we would of called him a RAT and Priyanka
is dreaming about 2 men, this is ok by everybody.
What has the world come to!! ﻿