Video of this song from youtube
Average Rating : 4.33
Total Vote(s) : 30
Please rate this song between 1 star and 5 stars (5 stars being the best). Just move your mouse on the stars above and click as per your rating. Your rating will really help us to improve our website. 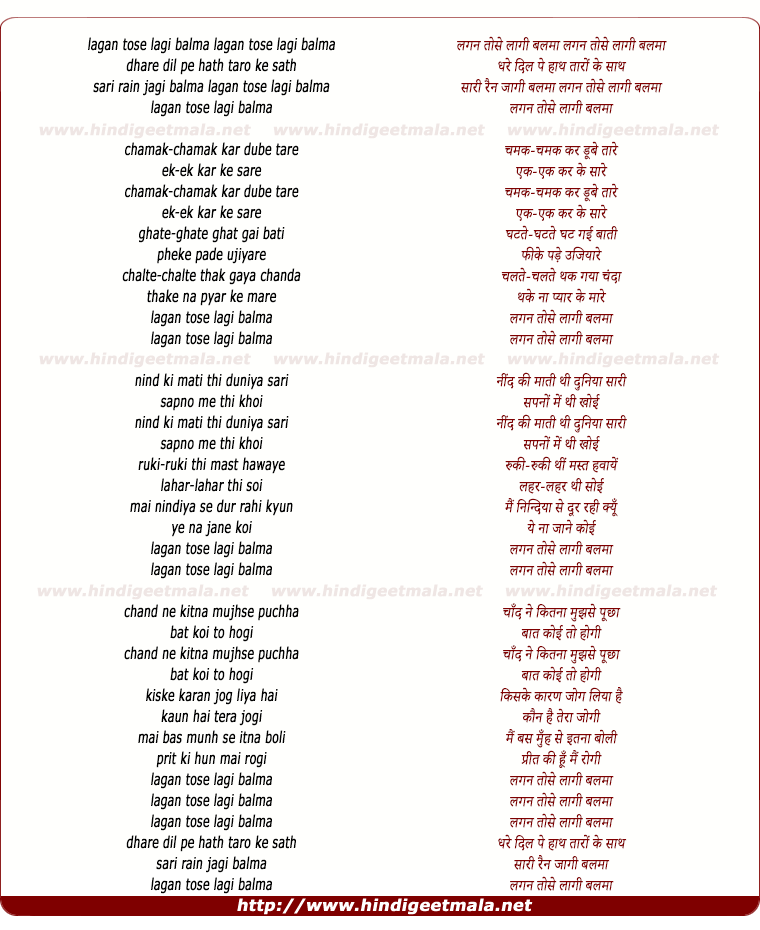 Comments on song "Lagan Tose Laagi Balma"
Narsingh Agnish on Tuesday, April 21, 2009
Dekh Kabira Roya (1957; Madan Mohan) has a collection of wonderful and
ever-green songs. This is the one that is rarely mentioned in the
discussion about the movie's music. This is the very first song in the
movie, picturized on Anita Guha, sung by Lata, of course. What a beauty!
Thanks for the upload.

otsirk17 on Sunday, March 03, 2013
That goes to show the politics in Filmfare award. This fact has been well
recognized in the filmi circles and Manoj Kumar had admitted to
manipulating the awards in favor of his movie "Beimaan", over the movie
"Pakeezah". Just imagine that! Though I like SJ the musician of Beimaan.
Yes, the Film Fare failed in honoring itself by declining the award to MM.
But who cares! MM will always be remembered but not Filmfare, as it will be
forgotten.