Video of this song from youtube
Average Rating : 4.29
Total Vote(s) : 17
Please rate this song between 1 star and 5 stars (5 stars being the best). Just move your mouse on the stars above and click as per your rating. Your rating will really help us to improve our website. 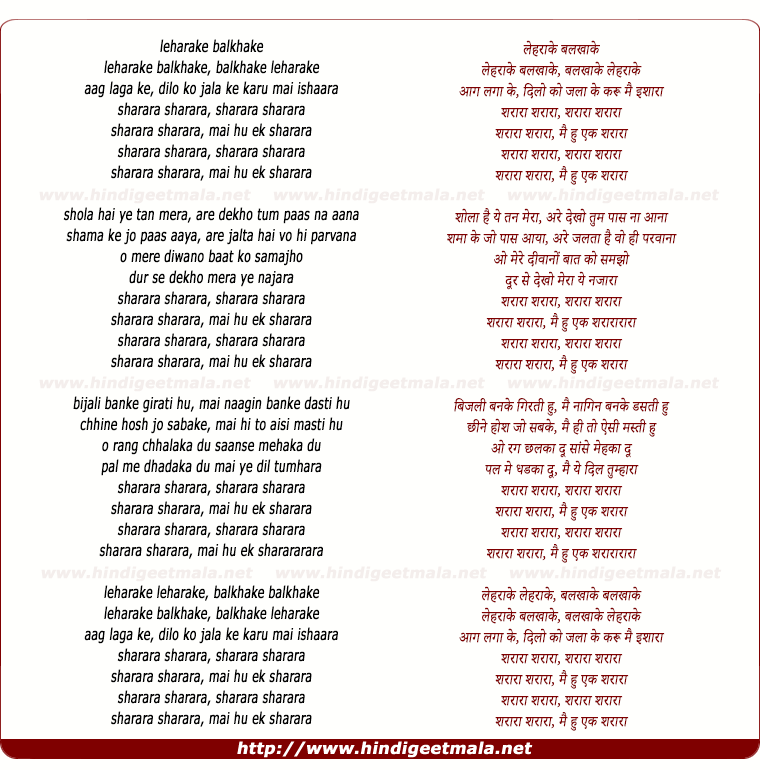 Comments on song "Lahraake Balkhaake"
zaira3134 on Thursday, July 28, 2011
@PRIMOSFUDGE hey i see ur saying all this to one person, but you are going
overboard, dont insult islam in this, just like you love india, i love my
religion, and i wont have you say bad stuff about my religion, and i wont
say bad about your religion, because thats one line i wont cross, i respect
religions, religion is life to me, so if you got some problems and
questions about islam then ask me, but dont say a bad word about it when
you dont know anything about it. continued

Desi4evah on Friday, April 01, 2011
@xxweaverdivaxx Cuz she started her career with a bang with the movie Mohabbatein in 2000. This video is from Mere Yaar Ki Shadi Hai (2002). In 2 years of her career, she started coming in side roles, second fiddle, and vamps. This was just disgusting for someone who had the potential to do well. She was also in a controversy for showing her kitty without a panty.
PZ156 on Saturday, April 25, 2009
IF you say it like that then why is Katrina Kaif in the industry, if you
think about nowadays, it is all about looks nobody cares about acting. As
far as i am concerned Katrina is extremely popular and she has no talents
what so ever, she only has looks. NOW HOW CAN YOU DEFEND WHAT YOU SAY!!!

Srklover17 on Thursday, May 05, 2011
I dont get the reason why people think it's clever to comment on these music videos and debate about religion, race, culture and other stuff...we came her to enjoy the music so why doesnt everyone just shut up and listen to the song...i mean come on..seriously!!! jus sayin...!!!ï»¿
LalithaSr on Saturday, June 06, 2009
yes ive watched mohabbatein and it was good, but since then she hasnt been
in anything..theres so many new girls now..its sad cuz its not even about
talent anymore, just who compromises themselves for directors, and other
stuff with n o talent (Katrina) 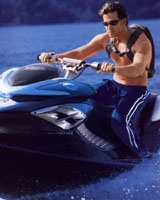