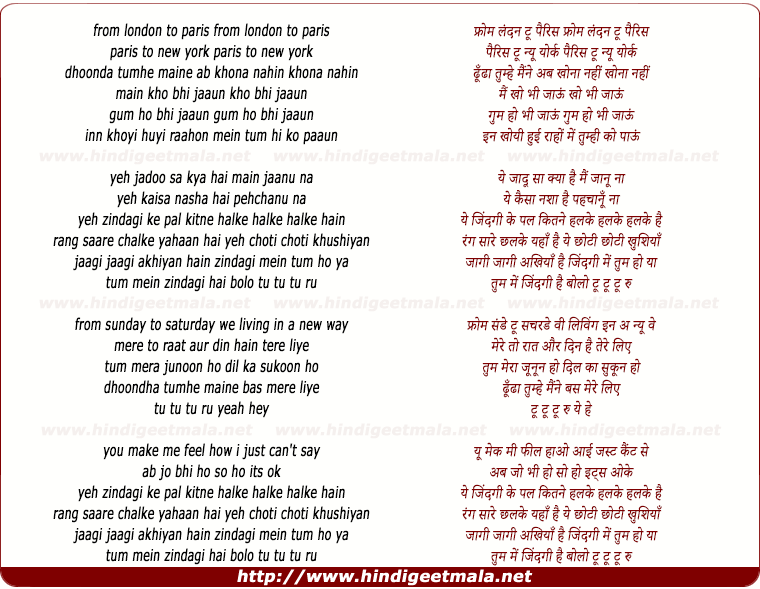 Comments on song "London Paris New Yorkk"
zahira786123 on Thursday, March 29, 2012
ali u are the best. the moment i laid eyes upon your movies i knew u were a star. you rock. I live in usa and watch some bollywood movies. but i must say .. u r totally unique and carry your own styles. very simple and dashing in your own way.
Jeff Campaigns Portal on Saturday, February 11, 2012
@Kumarjitdxtreme Although he is new to B-town but he is a good actor better
then Imran,Shahid and Ranveer.He and Rabir is of same caliber.I really
liked his acting in Tere bin Laden.You know it whether Actor has germs of
acting or not.So in my Opinion he is Superstar in making.If he can deliver
2 more hit consecutively..

iloveyou131992 on Thursday, May 03, 2012
i am a great fan Ali Zafar, but you have no right to say that indian actors less talented
i mean you can see clearly see that indian actors are way more popular :P there must be a reason for that :P

Rahima Rahman on Wednesday, February 22, 2012
well it sounds just like Empire state, the beginning especially does, but
does it matter -.- sheesh. its a nice song, if you like it like it if you
don't just move on to a song you like!

wingsuiter101 on Wednesday, February 22, 2012
The tendency of people in India to find faults in these awesome song
instead of enjoying it shows that the dating scene in India is pretty bad!!
Poor forever alones