Video of this song from youtube
Average Rating : 4.18
Total Vote(s) : 74
Please rate this song between 1 star and 5 stars (5 stars being the best). Just move your mouse on the stars above and click as per your rating. Your rating will really help us to improve our website. 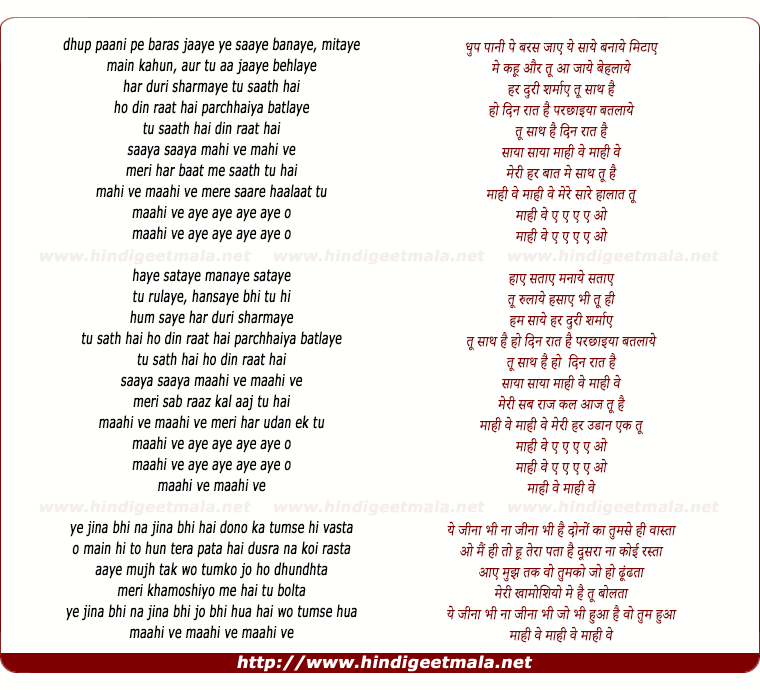 I'm looking forward to watch this movie. The trailer of the film looks
promising and obviously with Randeep in the movie and Imtiaz as the
director, it has to be good.

P.S: This song somehow has a calming effect. I'm not a fan of A.R Rahman's
voice, but his music is awesome! So melodious!

dhritiman hazarika on Sunday, January 19, 2014
Again ! Again ! When will he stop producing music that touches my heart and
gives me goosebumps ! 300+ repeats for me .. ! This Man .. sigh ! When will
India and other Musicians of India like Ismail Darbar , Pritam , Himesh
know his worth ! Except a few billion fans no1 knows his worth ! sigh ! ﻿

SachienHassan on Thursday, January 16, 2014
And coming to the highway video part. Alia Bhatt has impressed me a lot in
this video. I can feel the childish,naughty,cute,lovely and caring alia in
this song. She has proved herself in this video. Amazing locations. Godly
music and fantastic cinematography. Hats off Team Highway.﻿

SachienHassan on Thursday, January 16, 2014
I'm proud and very lucky to be alive in this world.. Cos its ARR made me
feel that always and he never fails to let me know that every single time.
<3
This song which is already blessed by god and has god's voice and god's
music all over. Maahi ve. <3 Waiting for the full song.﻿