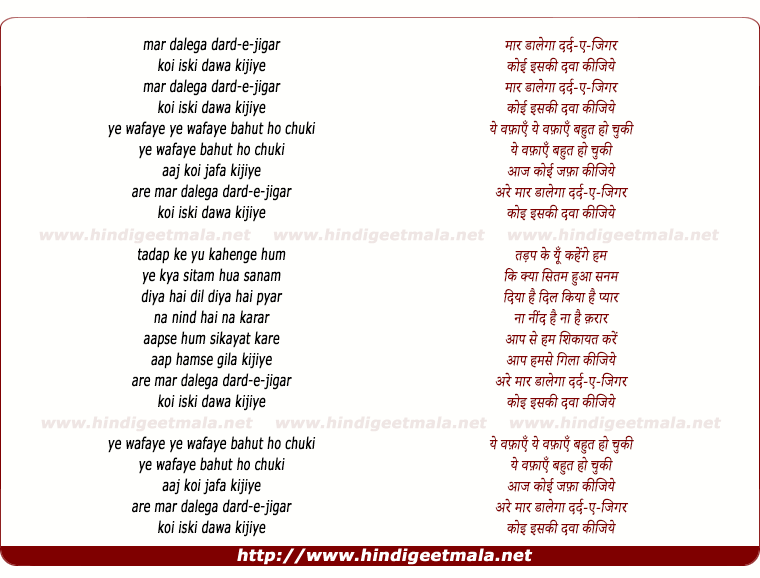 Comments on song "Maar Dalega Dard-E-Jigar"
TheBindufan on Monday, November 22, 2010
Shashikala is a forgotten vamp, unfortunately. She is probably best known
for her performance in 'Phool Aur Patthar' with Dharmendra , but she
appeared in a number of B & W and colour films with credible performances.
Thanks for posting.

musicparast on Tuesday, September 14, 2010
i believe this is the first hit pairing of Asha Bhonsale and Rahul Dev
Burman. ('Teesra Kaun?' songs were not popular). soon came 'Teesri Manzil
'and history was made!

br0wnb0y on Wednesday, August 03, 2011
this song is history making, as this is the song in which RD Burman
introduced the Brazilian bossa nova rhythm to hindi music. so many songs
after this used it

donekarloz on Thursday, June 16, 2011
What a performance of this actress, i like it so much
ps2421 on Thursday, September 13, 2012
Thanks fr d info br0wnb0y!
View all 6 comments related to song Maar Dalega Dard-E-Jigar
Popular Links on HindiGeetMala