We will add as soon as the video of the song is available.
Average Rating : 4.22
Total Vote(s) : 54
Please rate this song between 1 star and 5 stars (5 stars being the best). Just move your mouse on the stars above and click as per your rating. Your rating will really help us to improve our website. 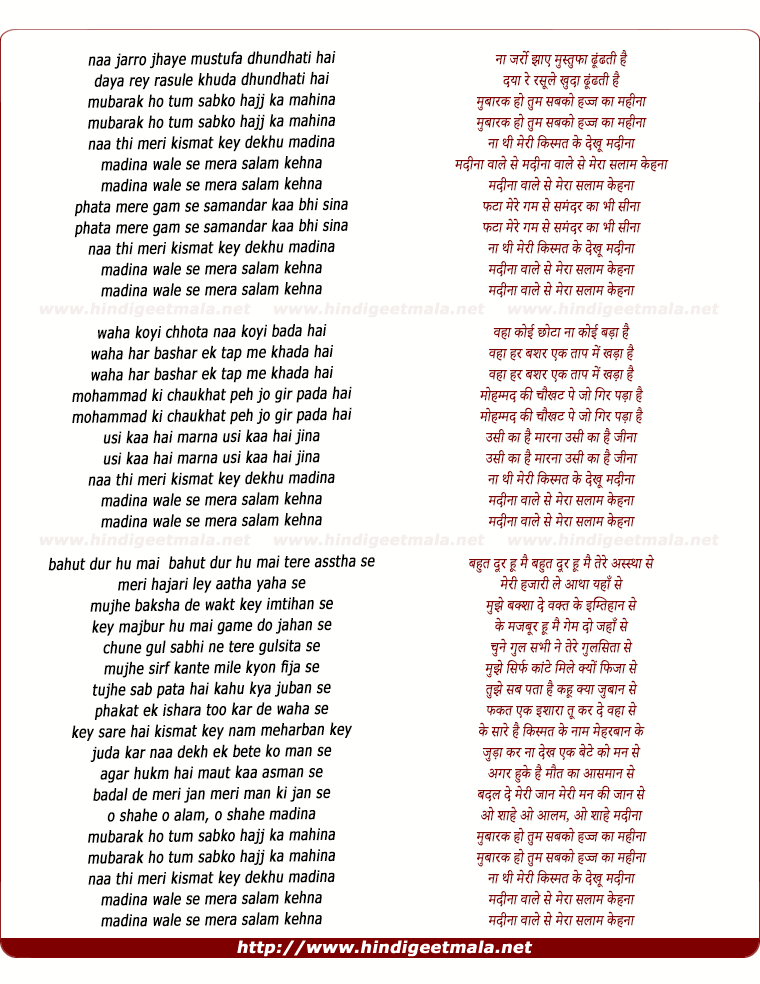 zaazi123 on Wednesday, January 04, 2012
this was the best lesson that i ever learnt, that to be near to allah you
need to be near to his people first, you can go to hajj over 20 times and
still be no closer to allah if your heart has no love for insaaniyat in it

mayuus1 on Thursday, September 09, 2010
Great Song by Shabbir Kumar...my child hood song.when i used to listen.god bless his voice frm ALLAH..mayuus_dil_n44@yahoo.com
kpunjani on Sunday, August 22, 2010
this song was originally sung by mohd rafi before his death it was like (chala woh chala hajiyo ka safina)
bambaikababu2 on Saturday, April 17, 2010
My God !!!! Shabbir KUmar what a great song you have sung. You are the greatest singer. Subhan Allah
View all 63 comments related to song Madina Wale Se Mera Salam Kehna
Popular Links on HindiGeetMala