Average Rating : 4.09
Total Vote(s) : 1163
Please rate this song between 1 star and 5 stars (5 stars being the best). Just move your mouse on the stars above and click as per your rating. Your rating will really help us to improve our website. 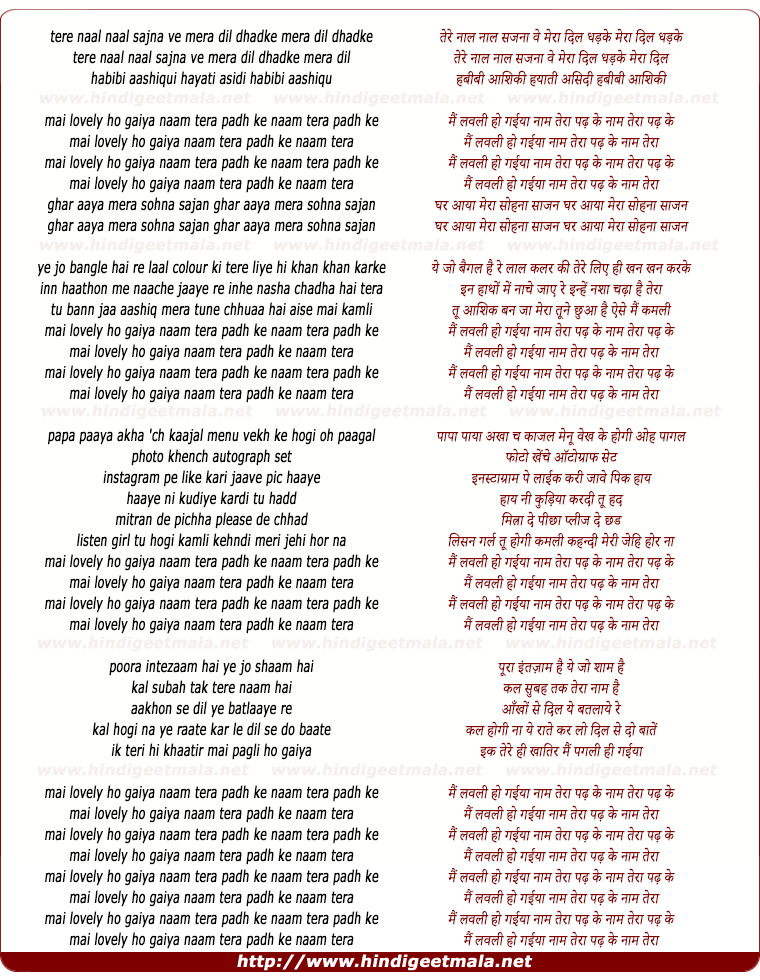 Comments on song "Mai Lovely Ho Gaiya Naam Tera Padh Ke (Lovely)"
Mia Banks on Thursday, November 13, 2014
Deepika Padukone is the best! Friends & I never were interested in
Bollywood movies let alone the stars but we have all been mesmerised &
captivated by her. The way she carries herself, her performances in the
individual roles she portrays. We love her positivity, her sense of self.
We look forward to her upcoming releases. Deepika certainly has a true
following here in our group of friends small but ever growing!! We

Lily Potter on Sunday, January 25, 2015
Deepika is so beautiful! And WOW, she can dance! She is such a good dancer!
Her body movements are literally perfection! Also, she is a great actress!
For that I respect her :) What a talented young woman! I am sad, however,
that a song like this, a club song, got so many views. There are better
songs out there that, in my opinion, deserve more views than this!﻿

cyn c on Monday, November 10, 2014
shes wearing bellydancer outfits, really pretty, but i was expecting some
good dancing, didnt see any bellydancing, it was just typical indian dance
with uniquely invented moves...i guess thats how its supposed to be cause
its india not arabs.but still bellydancing is very hot and deepika has
perfect body for it wouldve been nice to see some arab dancing...﻿

Desert Rose on Friday, December 19, 2014
The objectification of women in Bollywood is insane! always have liked
Deepika, but the look here is just cheap. And Shahrukh Khan's days are
over.. He is an amazing actor but he needs to act with actressess closer to
his age so the act seems more real. ﻿

Jahangir Hussain on Sunday, January 04, 2015
Deepika is a bad dancer, she only excels with simple dance moves, let's say
in balam pichkari from yeh jawaani hai deewani which didn't require any
real dancing. deepika's dance moves were so uncoordinated and she just did
simple moves. ﻿