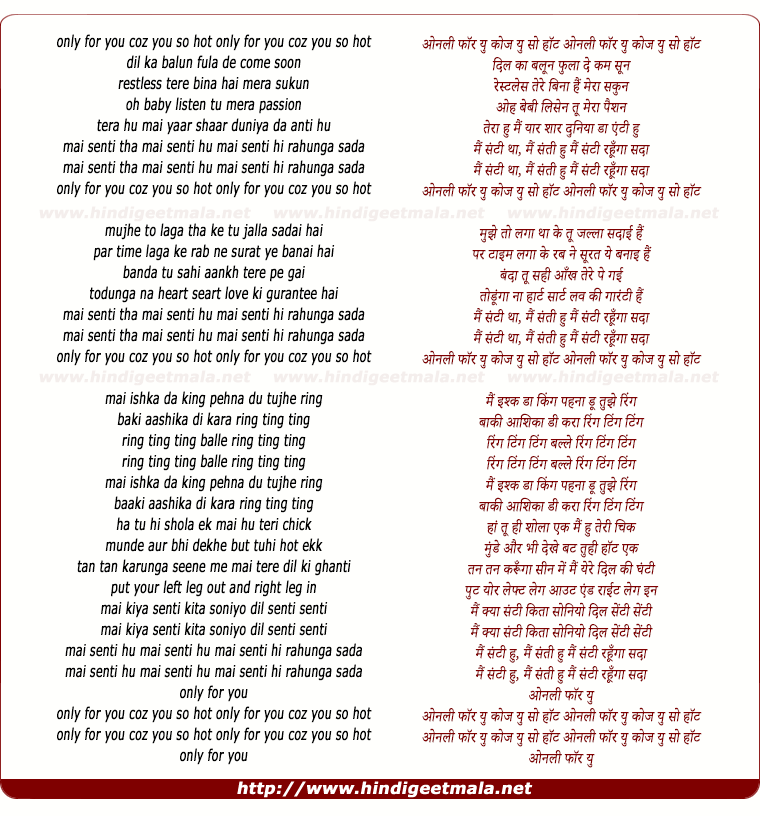 Comments on song "Mai Santi Hu"
jdbti on Monday, February 11, 2013
It's sheer garbage !!! Please stop churning out such crap. Whatever
happened to those handful of good lyricists ??? People'll stop listening to
bollywood music if this continues.

Good Boy feeling Better. on Thursday, September 05, 2013
If the deodraunt has a irresponsible behaviour, and is very fragrant, and
people say it is very masculine, and fruity and spicy, then it can be used
for bathroom(toilet).

Da Brown Girl on Sunday, March 03, 2013
I really hate when they mix the country Indian up with the language Hindi I
really hate it what is that?!!!!

rahulgosh1 on Saturday, March 23, 2013
- Emm Indian an language? and you call yourself DesiGirl ... hahahaha
BeingKhamalia on Monday, February 18, 2013
I hear you. Can you educate us on a few of the languages of India?
View all 21 comments related to song Mai Santi Hu
Popular Links on HindiGeetMala