Video of this song from youtube
Average Rating : 4.09
Total Vote(s) : 141
Please rate this song between 1 star and 5 stars (5 stars being the best). Just move your mouse on the stars above and click as per your rating. Your rating will really help us to improve our website. 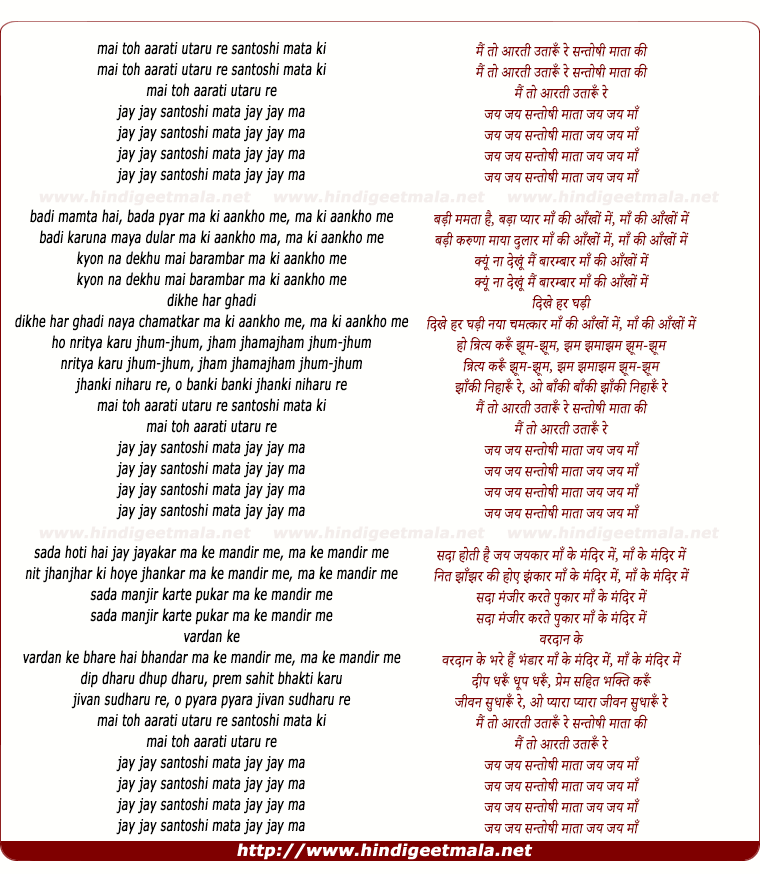 girish613 on Sunday, September 14, 2008
This is the original version of the film in which C. Arjun gave better music. In the later version of this film, Anu Malik gave music and he copied the original tunes of two famous songs Main to Aarti Utaroon and Madad Karo. In both films Usha Mangeshkar seng these songs. No other singer has achieved this acomplishment
amehtarocks on Saturday, January 22, 2011
one of the top ten hit movies of indian cinema, and this song is sung by
the much sidelined usha mangeshkar the voice in itself makes this song ever
so nice.

AJ MISTRY on Wednesday, January 09, 2008
love this bhajan and still makes me to think there is a god and power in
this world that controls everyone of us.Jai Santoshi Ma.