Video of this song from youtube
Average Rating : 4.17
Total Vote(s) : 58
Please rate this song between 1 star and 5 stars (5 stars being the best). Just move your mouse on the stars above and click as per your rating. Your rating will really help us to improve our website. 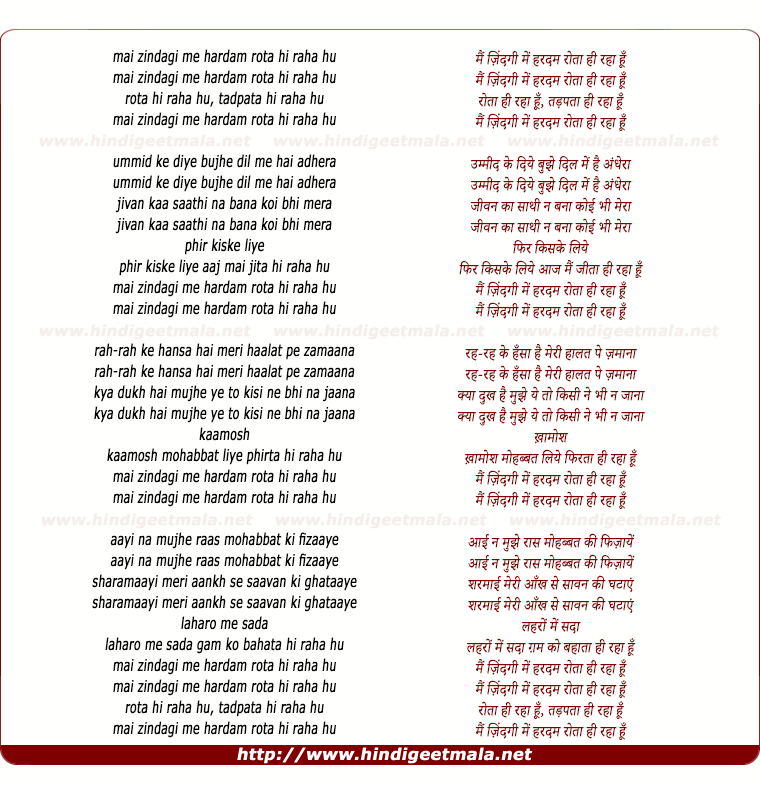 prabhakara rao Edara on Saturday, February 28, 2015
One of the Greatest Sad Songs of Mohd. Rafi Sahab - Unforgettable &
Immortal.
Thanks for sharing in good audio.﻿

dsachan1 on Thursday, March 07, 2013
It is a very difficult song to sing perfectly. Mohammed Rafi sahab's
perfect voice control made this song seem like an effortless thing.

mybabyjaan on Wednesday, July 04, 2012
I love this song so such the words are deep and rafi saheb's voice just
adds magic, if song could describe me it wud def be this 1