Average Rating : 4.52
Total Vote(s) : 60
Please rate this song between 1 star and 5 stars (5 stars being the best). Just move your mouse on the stars above and click as per your rating. Your rating will really help us to improve our website. 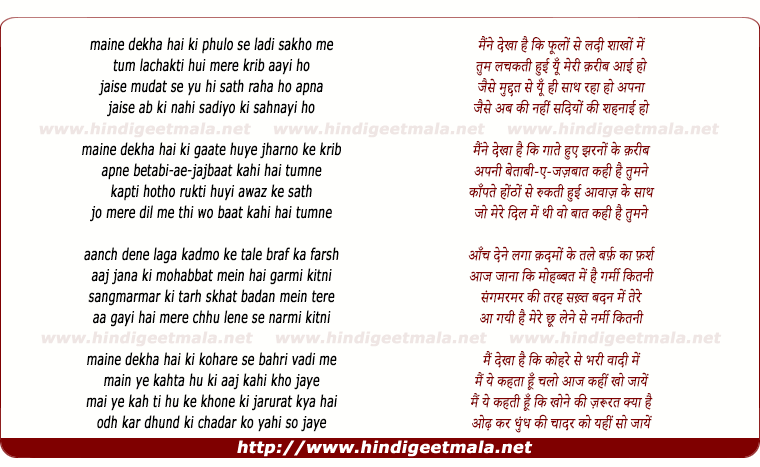 Comments on song "Maine Dekha Hai Ki Phulo Se Ladi Vadi Me"
Anilkumar P.K on Wednesday, September 02, 2015
Despite the fact that many of Shadhana's films fared very well at the box
office, she did not receive any of the leading awards of the film industry.
She was nominated for the Filmfare Award in Best Actress category for her
roles in Woh Kaun Thi? and Waqt. For her contribution towards the film
industry, she was awarded with a Lifetime Achievement Award by the
International Indian Film Academy (IIFA) in 2002.﻿