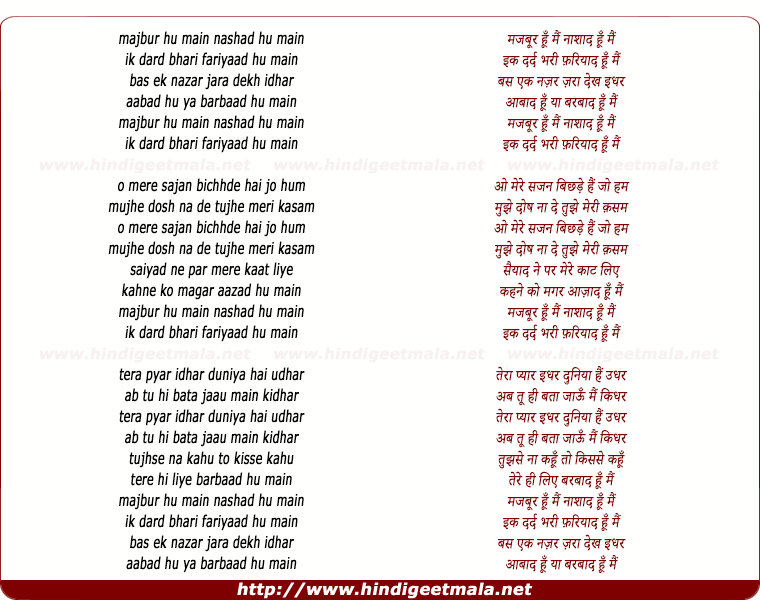 Comments on song "Majabur Hun Main Naashaad Hun Main"
Moid Hasan on Thursday, June 16, 2011
Rehma's upload of rarest songs of yesteryear's one after another in quick
succession is astonishing as well as a source of unending pleasure coupled
with permanent satisfaction to the viewers who have been waiting to listen
to these songs for quite a number of years ,This is the most sought after
song from film Shaan 1950.sung by Suraiya ,other in the cast Rehman,Sapru
David ,Manorma,Amar and Cuckoo,directed by Jayant Desai (Tan Sen 1943,
Amber 1952,Nishan-e Danka 1954 ) and so many other hits.

rumahale on Thursday, July 16, 2015
Listening after a long while - had really missed it. Agree with all the
learned viewers; have listened with all the delight and pleasure; rarest of
the rare songs, and, being ardent fan of singing star it means lot for me.
Thank you for excellent presentation.﻿

jasbongy on Thursday, June 16, 2011
Another beautiful ,unheard gem of Suraiya Ji can be heard only due to Dear
Rehma Ji's hard work & efforts to upload it for music lovers. Thanks for
sharing. Thumbs Up. BLESS YOU. Didi.

saz9297 on Thursday, June 16, 2011
what a beautiful song i've only three songs from this movie. listening
after very very long time, because of you. in old treasure of songs, you
are superceding. ofcourse great thanks