Video of this song from youtube
Average Rating : 4.57
Total Vote(s) : 37
Please rate this song between 1 star and 5 stars (5 stars being the best). Just move your mouse on the stars above and click as per your rating. Your rating will really help us to improve our website. 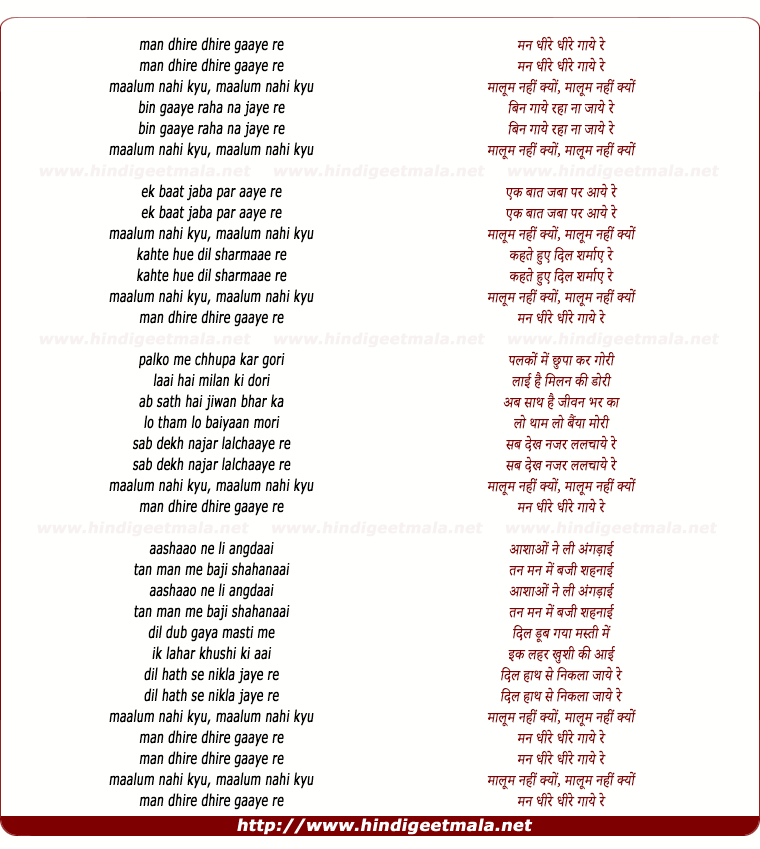 Comments on song "Man Dheere Dheere Gaye Re"
Milahi1935 on Wednesday, April 20, 2011
The duet is too short. It should have been longer and Talat given more
verses to display his magic. In my humble opinion, all the music composers
were tone deaf and mediocre. They gave Talat hardly 900 songs between 1944
and 1976. After listening to him even once, one should realize that he was
God's gift to music and to us who were born in Talat's time. Rafi once told
a gathering that rafi tried to copy Talat. He tried very hard but could not
do so. The great Rafi thought that Talat was a bett

ved prakash on Saturday, October 09, 2010
beautiful song . Credit to MD-Gulam Mohammad- who was outstanding Music
Director better than Naushad on overall basis of his and Naushad's
repertoires , and both singers of this song-Talat, Suraiya.

aapindi on Friday, April 03, 2009
suraiya gee singing her last famous duet,worth a million rs for her
fans.thanks alot for sharing her gems