Average Rating : 4.39
Total Vote(s) : 157
Please rate this song between 1 star and 5 stars (5 stars being the best). Just move your mouse on the stars above and click as per your rating. Your rating will really help us to improve our website. 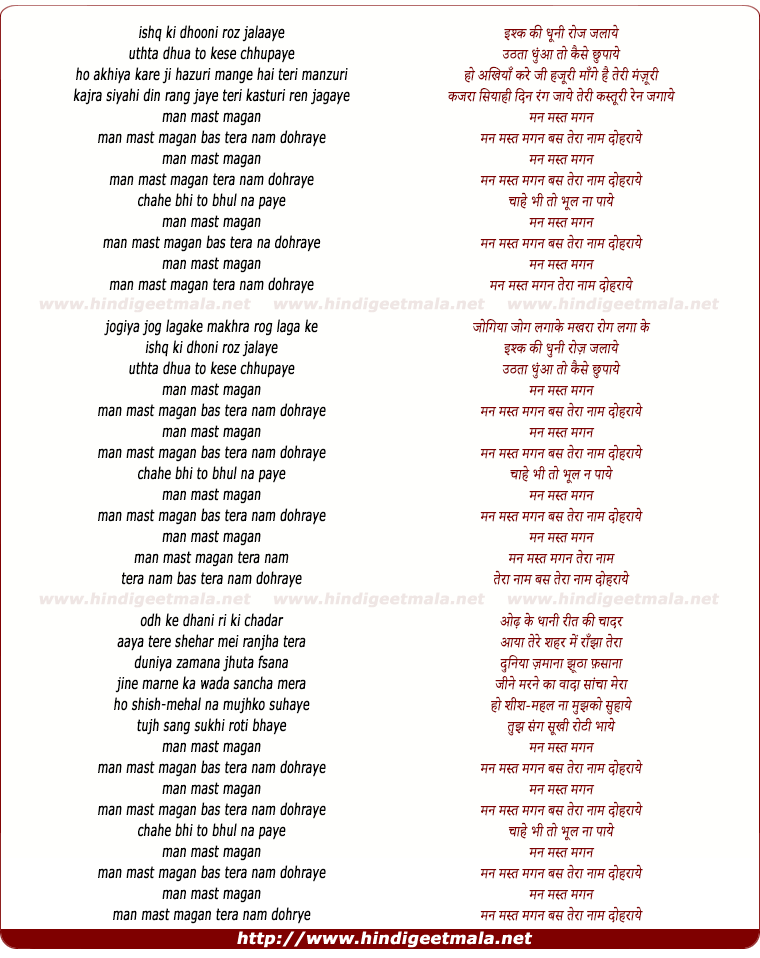 Comments on song "Man Mast Magan"
Ray Sangma on Monday, September 28, 2015
This song is perfection. The metaphors are simply beautiful and the choice
of words, though not common in bollywood songs at all these days, are just
wonderful. On top of that, Arijit Singh and Chinmayi Sripada's voices are
so melodious.
My favorite line in the song is "Sheesh mahal na mujhko suhaye, tujh sang
sookhi roti bhaye." (Glass Palace does not interest me. (Instead) I'd
rather have dry bread with you.) A love that lives through riches and
poverty, health and sickness, good and bad times is the one that lasts.﻿

Altafzaman on Saturday, January 03, 2015
I agree that Arijit Singh is a good singer but let's also not forget
Chinmayi Sripada whose voice adds immensely to the song. Specially, listen
to the closing of the song.﻿