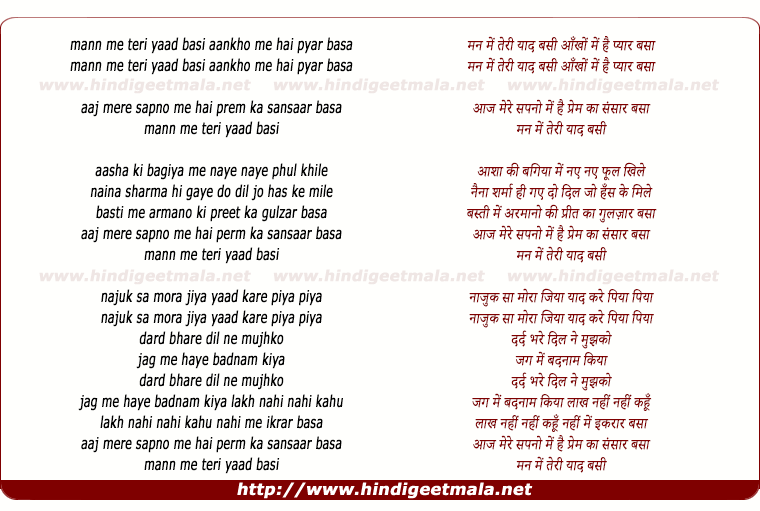 Comments on song "Man Me Teri Yaad Basi"
Moid Hasan on Saturday, September 17, 2011
What a song Rehma you are right on top with regard to collection and choice. Very beautiful song evoking nostalgic memory .Rehma you have excelled every one in uploading U tubers are owe to you a lot for this great rare gem.Producer;Jagriti Pictures, Director, Bhagwan and hero Bhagwan with Leela Gupta Baburao and Azim,Music ;P.Ramakant.This song was picturised on leela Gupta.Master Baghwan a very senior actor and director,born as Bhagwan Abhaji Palav in Bombay in 1913, and died recently.
Moid Hasan on Saturday, September 17, 2011
Baghwan acted in almost more than 1200 film(including small roles)He made his debut in 1931 at the age of 18,in Bewafa Aashiq.(a silent film)he devoted himself to bodybuilding and co-directed first film with Pawar, Bahadur Kisan -1938.Success of Albela-1951(opp Geeta Bali)established him briefly as a PostIndependence Producer,Director and Actor,his last film was Naachne Gaane Wale in 1990. Thanks Rehma for bringing into memory for all this
Saadat Khan on Wednesday, January 09, 2013
Well-deserved praise has already been offered by the learned viewers and
connoiseurs of art.I have found time only recently to learn the proper use
of lap-top and have started viewing Youtube.This particular song sung under
the music direction of HusnLal-Bhagat-Ram is quite enthralling.I have not
seen this movie but listened the song on Youtube and liked it.Thanks Rehma
Ather Saheba for this audio-video upload.

Moid Hasan on Saturday, September 17, 2011
What a fine favorite song, selection of clip is excellent ,mixing work
seems to be professional being flawless .Nice upload by you Rehma ,this
marvelous piece of work and painstaking task deserve all appreciating
comments ,thanks Rehma for this fine presentation .