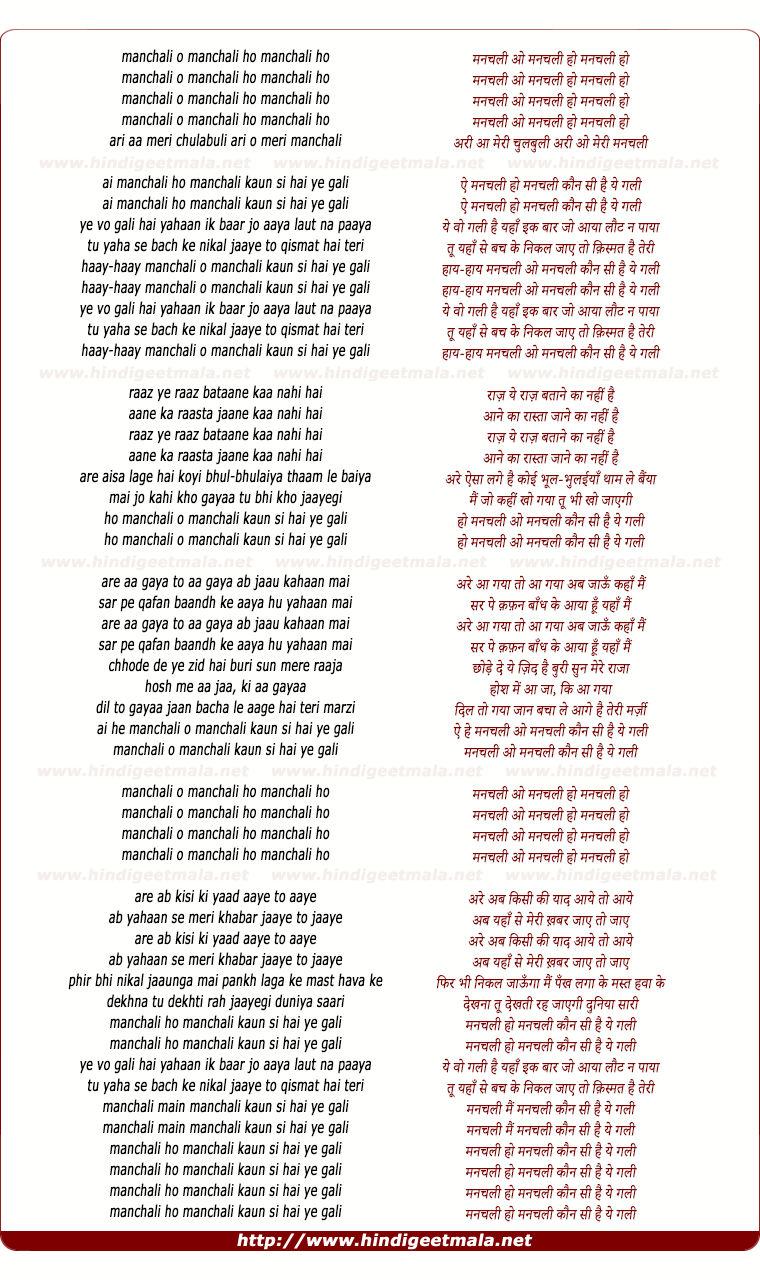 Comments on song "Manchali O Manchali Ho Manchali Ho"
sounak93 on Saturday, September 14, 2013
The composition (SDB's) was first used in 'Samar' (the mentioned song),
then in 'Munimji' - "Anadi Re" (by Geeta Dutt, again. SDB the MD, here
too). Later in "Manchali" and it's Bangla version in 'Anusandhan'... :) I
was wondering what comment I had actually made, while reading your comment
in my mailbox. Only after opening the YT page I discovered it was a
two-year-old comment... HaHaHa... :D

Srinivasan Channiga on Saturday, February 19, 2011
Also the tune resembles 'Anari re' of Munimji (1955) sung by Geetha Dutt
(but not included in the film).