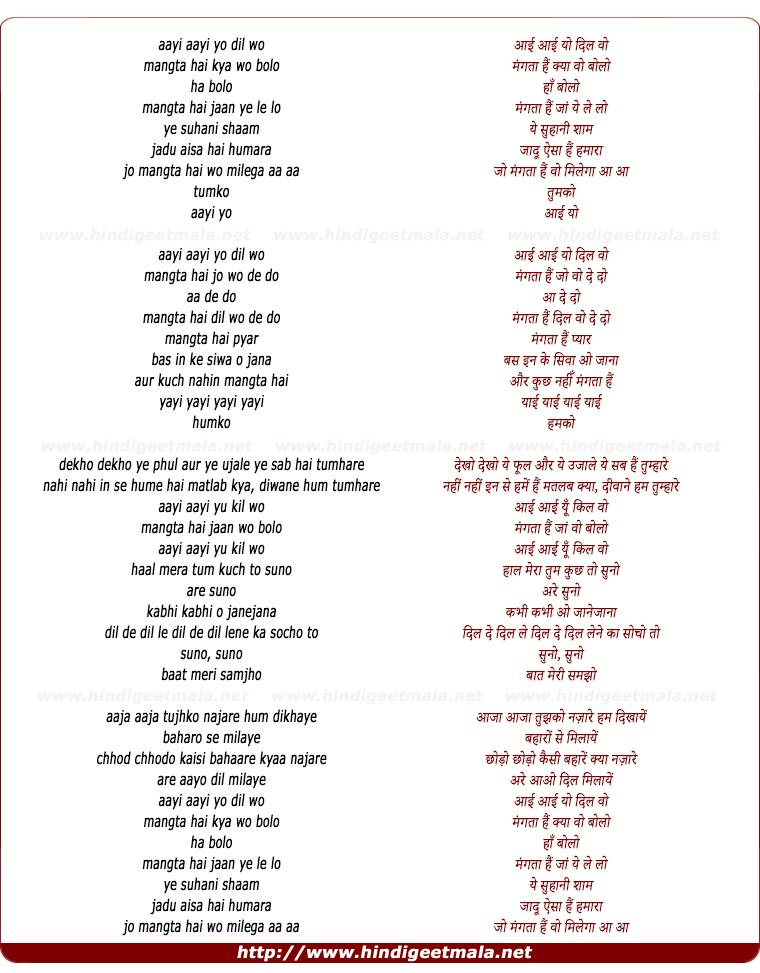 Comments on song "Mangataa Hai Kyaa Vo Bolo"
Shah Shaheen on Wednesday, March 20, 2013
read first what he commented.. he said this is first bollywood project. not
his first ever project.

theivam on Friday, October 22, 2010
@stalline16, NO, vicash3541 is right this was Rehman's first hindi fim, And Rehman's debut film was "Roja" Which is a tamil film that was dubbed into other languges too. Maybe you are talking about Ram Gopal Verma? If so I think you got it right.
Seri's Bollywood on Tuesday, September 11, 2012
gotta agree with you there...especially when they go behind a building and
their size ratio is greater than the windows...everything else for its time
is pure magic

Seri's Bollywood on Tuesday, September 11, 2012
aside from floating couch, this touched a magic haunting level that is lost
in today's Bollywood, Kollywood, & Tollywood