Video of this song from youtube
Average Rating : 4.00
Total Vote(s) : 25
Please rate this song between 1 star and 5 stars (5 stars being the best). Just move your mouse on the stars above and click as per your rating. Your rating will really help us to improve our website. 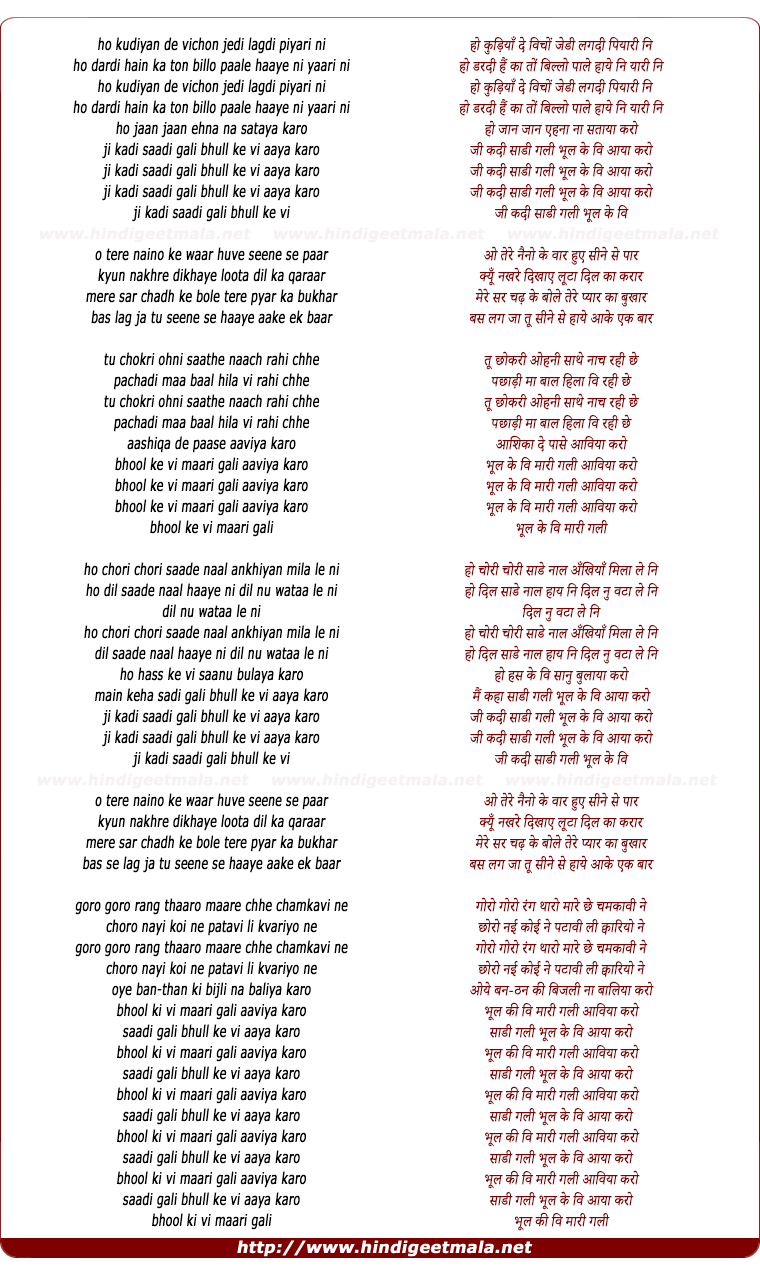 Comments on song "Mari Gali"
Rishmit Randhawa on Sunday, May 17, 2015
why so much of hatred and dislikes?
Original will always be the best, this one is not bad as well. Im addicted
to it currently. Unless all you want is hardcore bhangra beats, then u can
always hear Lehmber's sadi gali.
Peace out :D﻿

Aparna Directioner Zquad Forever on Sunday, May 24, 2015
Awesome song...its feels to dance...nice song...i don't think so this
song should get too much dislike..the people who hate this song don't have
sense in music..
Great work guys..awesome song..﻿

Akshay Shinde on Thursday, May 28, 2015
Even after the split of RDB, Surj Continued The Legacy Of The Band, He
Didnt Go Solo For His Career Like Manj!
Respect His Dedication Guys, Artist ki Kadar Karna Seekho!﻿

kalpesh4100 on Wednesday, May 13, 2015
All the people hating should SHUT UP because I think this is better then
the last one. More Bhangra style & some Gujarati beats aswell.﻿