Video of this song from youtube
Average Rating : 4.42
Total Vote(s) : 74
Please rate this song between 1 star and 5 stars (5 stars being the best). Just move your mouse on the stars above and click as per your rating. Your rating will really help us to improve our website. 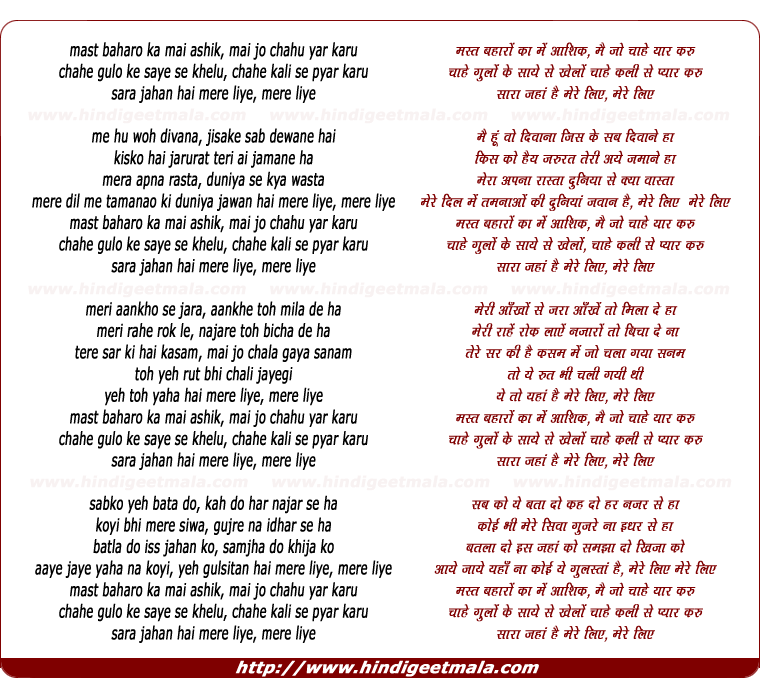 Comments on song "Mast Baharo Kaa Mai Ashik"
chandrashekharjain on Friday, July 02, 2010
Here Jiterdra was the Indian reply to Sean Connery James Bond 007 and film Farz definitely was inspired by JamesBond productions which were so popular world wide.
If you have watched this video you must have known why Jitendra was also named JUMPING JACK
Fingers were raised at Indian censor board
Film Farz Provided Indian Cinema a turning point.

Khadikardi on Thursday, April 19, 2012
Come on man, he is not dancing, just running like monkey. It is MOHD RAFI’s
voice power make that song powerful