Average Rating : 4.70
Total Vote(s) : 10
Please rate this song between 1 star and 5 stars (5 stars being the best). Just move your mouse on the stars above and click as per your rating. Your rating will really help us to improve our website. 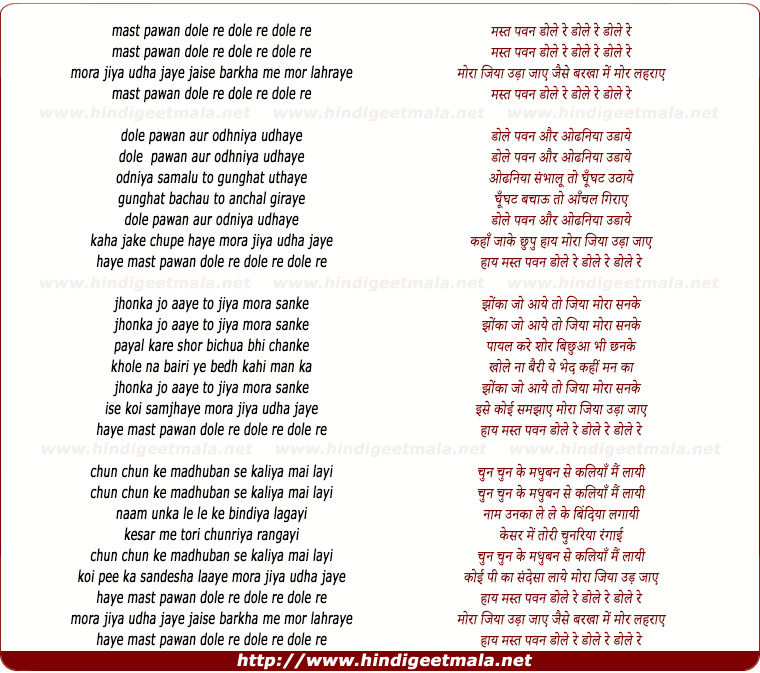 Comments on song "Mast Pawan Dole Re Dole Re Dole Re"
V. Siddhartha on Monday, August 30, 2010
Sweet celebratory song. Love the picture of Lataji with her sworn brother,
"Madan Bhaiyya." Shows an affectionate bond between them. Thanks, Ajay.

Dee Thakore on Saturday, January 10, 2015
A sweet, catchy musical melody. A very pleasing example of tasteful, light
music.
Still so beautiful after all these years!!!﻿