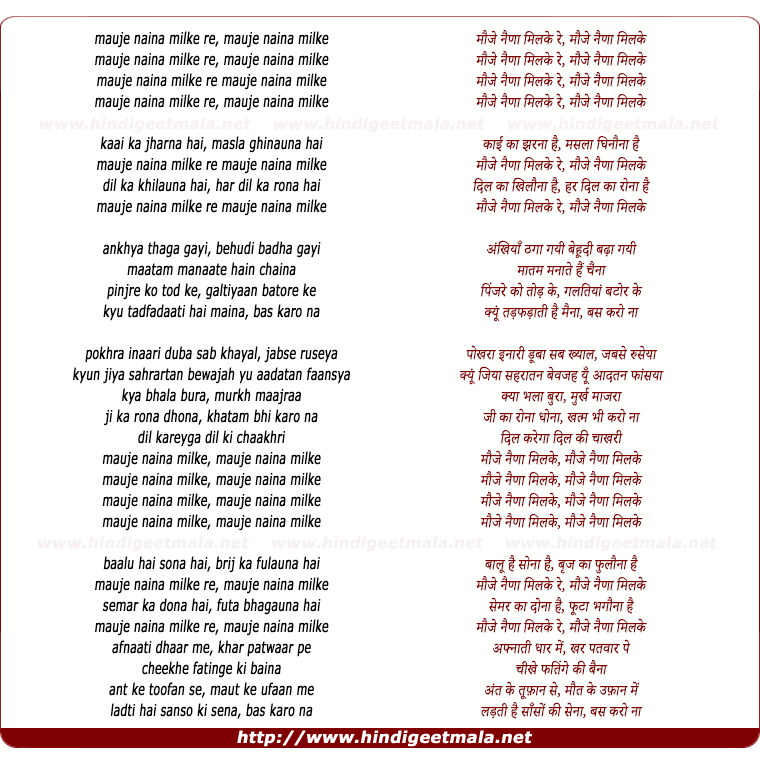 Comments on song "Mauje Naina"
newsjunkieish on Thursday, August 02, 2012
May be the trick is to pretend you are Punjabi when you listen to a Punjabi
song. It's important to know the cultural context. But sometimes you listen
to something completely alien and it's instantly attractive. So many
languages exist in the sub-continent, we are lucky that another language
from the region is not completely alien. I meet Farida Khanum every time
she's in Delhi. By the way, she was born in Calcutta, and she and Mukhtar
Begum trained there. The Bengali influence there for you :)

newsjunkieish on Wednesday, August 01, 2012
Hey, Aniqas, this is great music. When you open yourself to the world, you
embrace influences from all over. After all, you eat mangoes, tomatoes, use
chilli in your food, where do you think it comes from? Similarly, music is
best when it appeals to your heart and mind. Doesn't matter if it's desi
folk or jazz. You are right, there is a lot of Indian music that can be
showcased here, and is being showcased. But that's not a fair case to run
down any particular kind of music or musician.

0x0MuGeN0x0 on Friday, January 25, 2013
I do have a lot of friends from Saharanpur dude! And am pretty proud of the
place and the amazing people it has offered to the world of music!! But I
do come to YouTube to enjoy some amazing music. Somehow, music and art to
me are the only few things that transcend the petty boundaries which we
build around us based on caste, creed, race, country and religion. I'm
proud of what humanity and life has to offer as a whole, not just little
boxes which we define and live in! Cheers.. :)

brahmabul on Wednesday, July 11, 2012
@shamk9 Unfortunately your comment got deleted. But let me just reply to it
since I got your reply in my mail. Its not only CS-Pak but CS itself is a
show which showcases the culture of the country. The reason I said that
CS-Pak has never produced anything like this is because there have been
constant allegations that CS India copies from CS-Pak. This song is a
staunch reply to that. CS-Pak is mainly Sufi oriented and without doubt
they are the masters in this genre.